These monorails sized for kids, called the Rocket Express, that travel around and above the entire toy department (Toyland) from 1946 to 1984, along with the camera, piano and organ departments. Kids rode these monorails slowly around the toy department in view of all the toys. Adults would be hard-pressed to fit inside the enclosed cars that the children sat in as the ride operated.

It has been speculated that the original monorail was retired because it could not be maintained as a viable and safe children’s ride. The ride was removed in 1984 and was saved from the salvage heap by a foresighted worker who called the curator of the Please Touch Museum located in the Centennial District of Philadelphia (Fairmount Park), where the ride now resides. 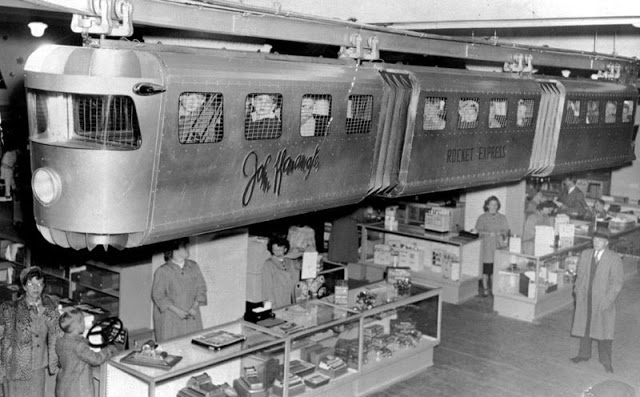 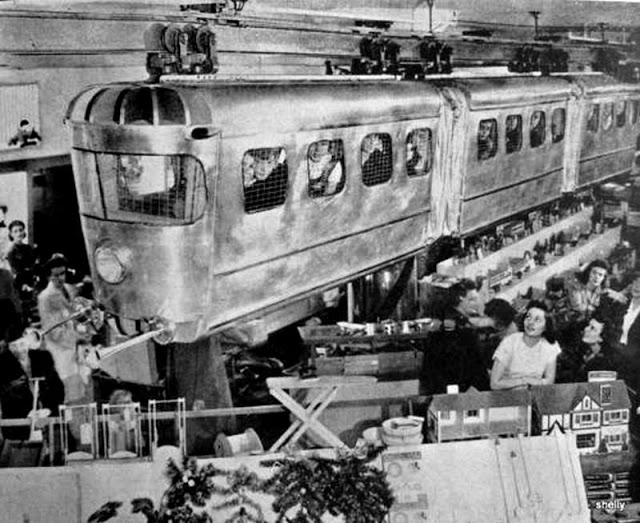 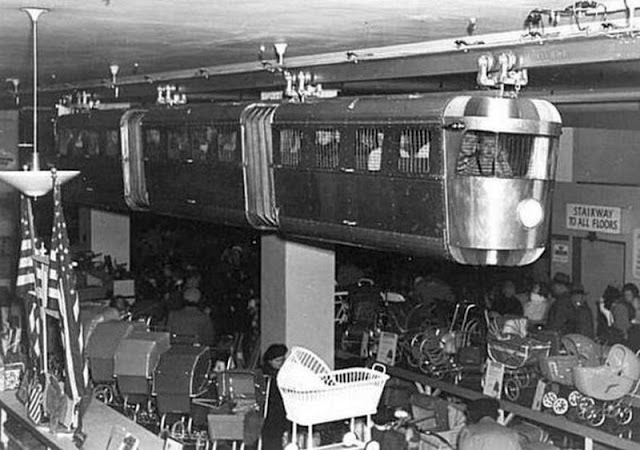 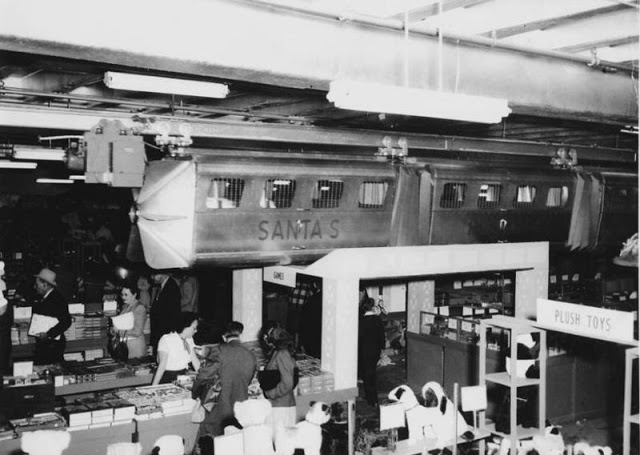 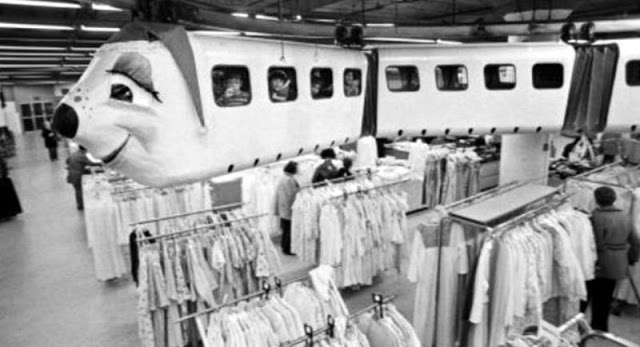