In the course of Marilyn Monroe’s career, she had the choice of many photographers to work with. In 1954, she chose Milton H. Greene. 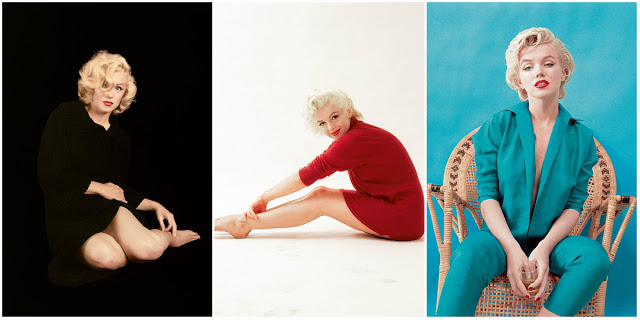 Monroe formed a partnership with Greene that would result in more than 5,000 images taken over the course of three years. They first met in 1953 when he photographed her for LOOK magazine, and they would later form Marilyn Monroe Productions, Inc., together. Monroe even lived with Greene and with his wife Amy and son Joshua at their family home in Connecticut through 1957. Although only a young boy at the time, Joshua Greene recalls happy childhood memories during those years.

These photo sessions are the subject of a new book, The Essential Marilyn Monroe, Milton H. Greene: 50 Sessions. The photos were a collaboration between photographer and muse, a dynamic that shows in the range of photos from posed studio shots to candid photos with other personalities including Marlon Brando, Lawrence Olivier and her husband Arthur Miller.

“That was like a found diamond,” Joshua Greene said. “You’ve got to realize that all these pictures were in such bad condition. And It’s not until you really get down and work on them do they start coming back to life. It’s like restoring an old car.”