Morocco was Marlene Dietrich’s first American film. For her role as cabaret singer Amy Jolly she was nominated to the Academy Awards for Best Actress in a Leading Role. The top hat, tuxedo and white bow-tie she wears for her first performance in the film became her signature look.

“I’m sincere in my preference for men’s clothes – I do not wear them to be sensational. I think I am much more alluring in these clothes.”

She was the first Hollywood star to prove the seductive power of a woman in trousers and to wear them in public, defying social norms, pioneering androgynous style, thus revolutionizing and redefining women’s fashion.
By deciding to put her in trousers in the first important act, Josef von Sternberg not only built up the anticipation of the audiences, who were anxious to see Marlene’s legs revealed as they had been made famous in The Blue Angel (1930), also directed by von Sternberg, but this smart move would always link her image to that of an enigmatic persona, who, unlike many other stars, would use subtext to enhance the femme fatale perception of her. The director had seen her wearing a man’s suit and a top hat at a party in Berlin, and it inspired him to use it as a dramatic look for her first musical number in an American film. The result still tantalizes the viewers, more than eight decades later. Wearing men’s attire suited Marlene like a charm, but whether in a man’s suit or a glamorous gown, she exuded sex appeal all her life, never lacking tastefulness.
Women wearing trousers in 1930 was controversial, but in a nightclub in an exotic country like Morocco, it was acceptable. Moreover, the foreign, the unknown and the unexpected have always fascinated the audiences, especially in those times, and the film’s producers knew that the public would be seduced by the exotic location and Marlene’s outlandish look. 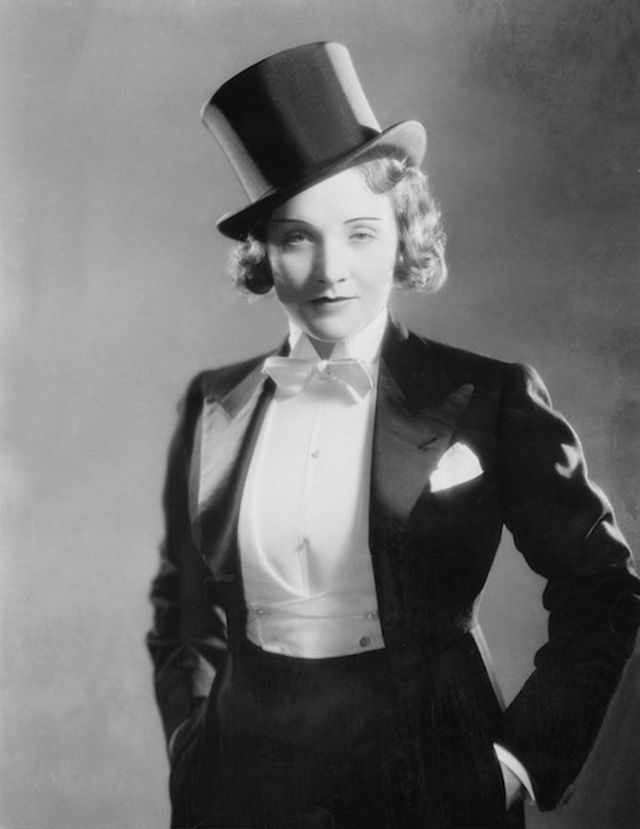 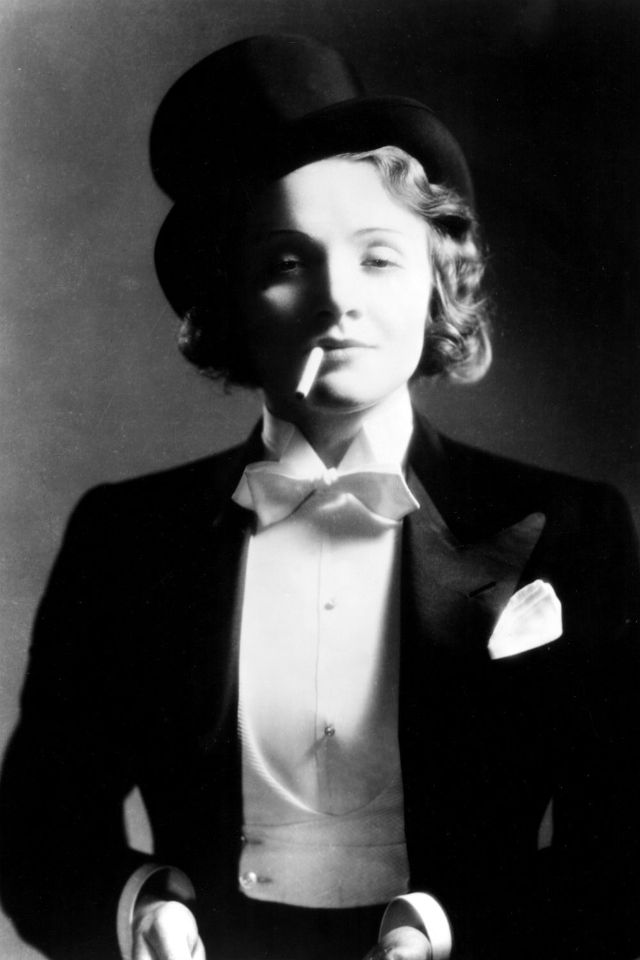 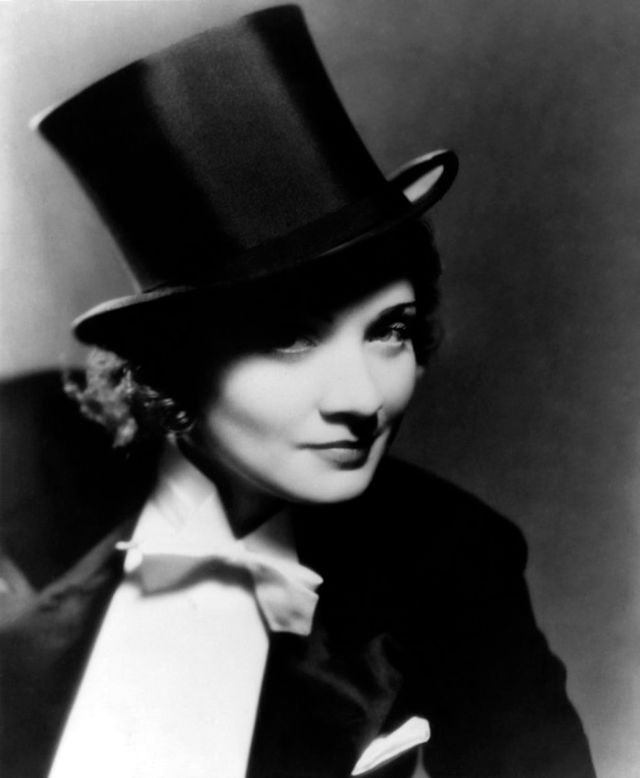 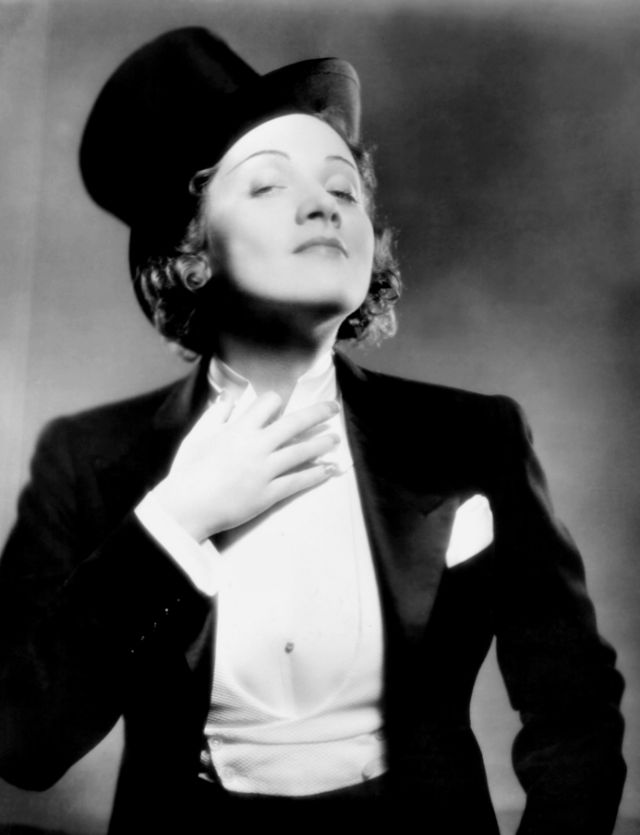 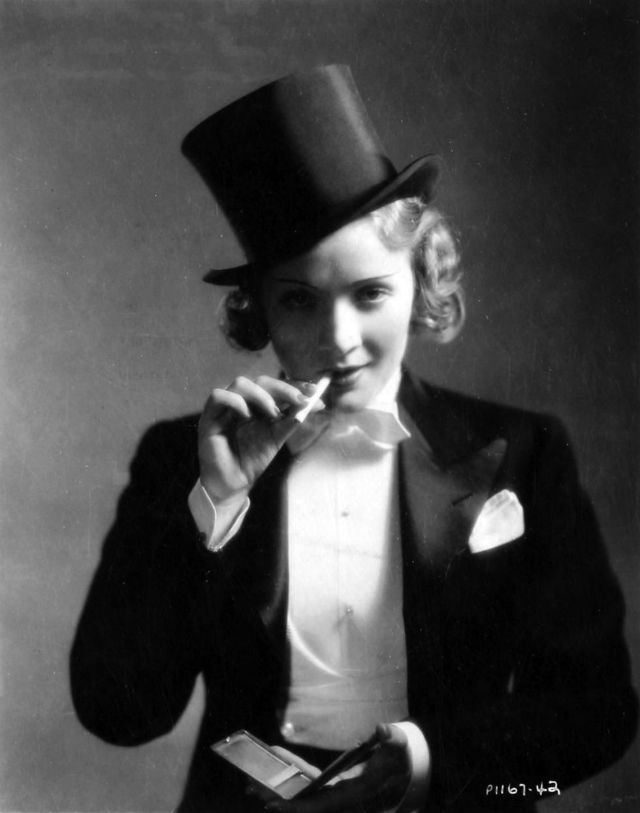