Born 1923 in New York City, American-born Greek soprano Maria Callas made her professional debut in February 1941, in the small role of Beatrice in Franz von Suppé’s Boccaccio. Soprano Galatea Amaxopoulou, who sang in the chorus, later recalled, “Even in rehearsal, Maria’s fantastic performing ability had been obvious, and from then on, the others started trying ways of preventing her from appearing.” 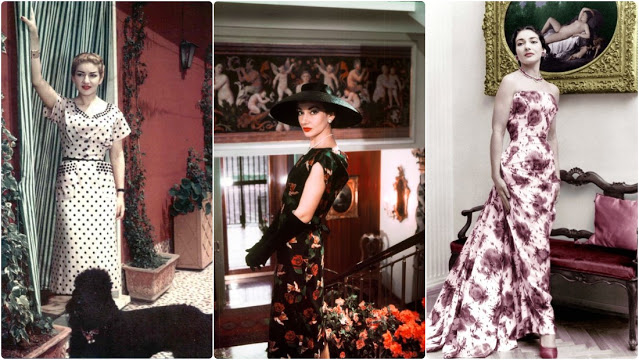 Callas was one of the most renowned and influential opera singers of the 20th century. Many critics praised her bel canto technique, wide-ranging voice and dramatic interpretations. Her repertoire ranged from classical opera seria to the bel canto operas of Donizetti, Bellini and Rossini and, further, to the works of Verdi and Puccini; and, in her early career, to the music dramas of Wagner. Her musical and dramatic talents led to her being hailed as La Divina (“the Divine one”).
The press exulted in publicizing Callas’s temperamental behavior, her supposed rivalry with Renata Tebaldi and her love affair with Greek shipping tycoon Aristotle Onassis. Although her dramatic life and personal tragedy have often overshadowed Callas the artist in the popular press, her artistic achievements were such that Leonard Bernstein called her “the Bible of opera” and her influence so enduring that, in 2006, Opera News wrote of her: “Nearly thirty years after her death, she’s still the definition of the diva as artist—and still one of classical music’s best-selling vocalists.”
Forced to deal with the exigencies of 1940s wartime poverty and with near-sightedness that left her nearly blind onstage, she endured struggles and scandal over the course of her career. Callas notably underwent a mid-career weight loss, which might have contributed to her vocal decline and the premature end of her career. She spent her last years living largely in isolation in Paris and died of a heart attack at age 53 in 1977.
Take a look at these beautiful photos to see portrait of a young Maria Callas in the 1950s. 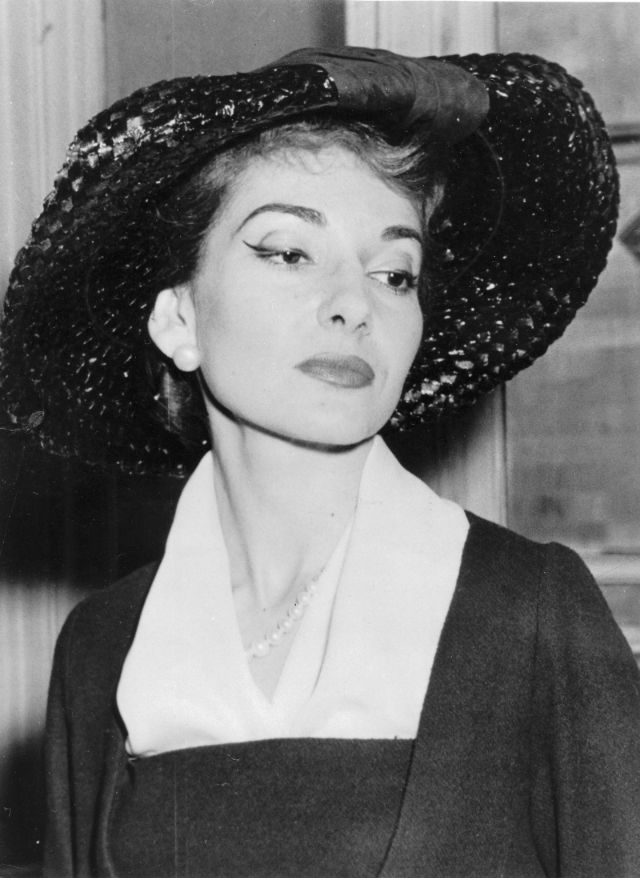 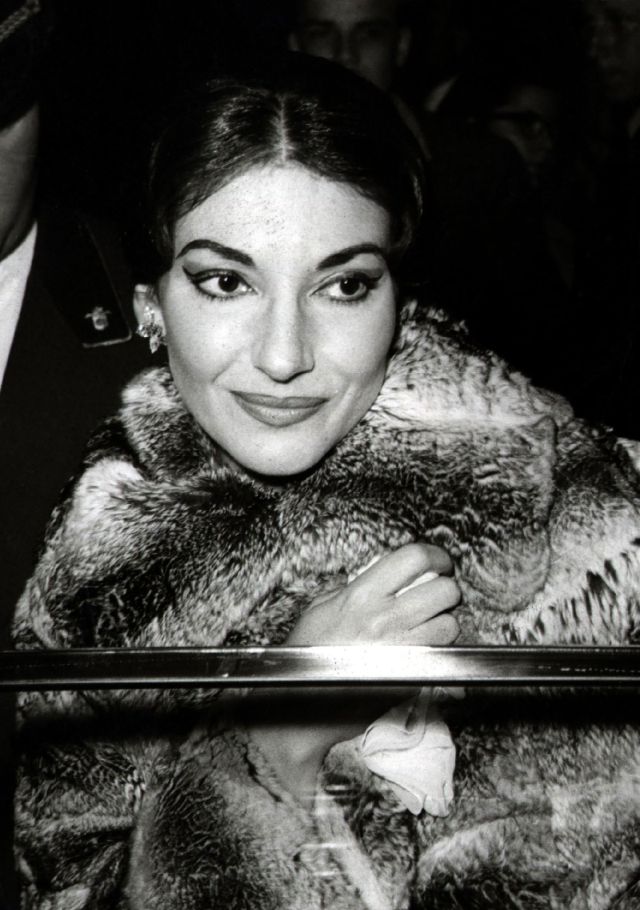 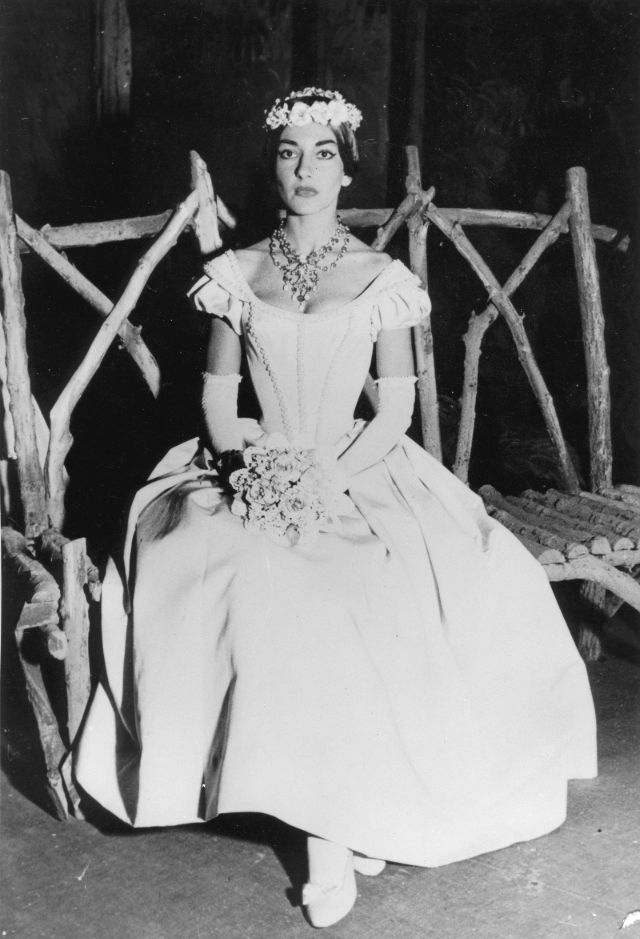 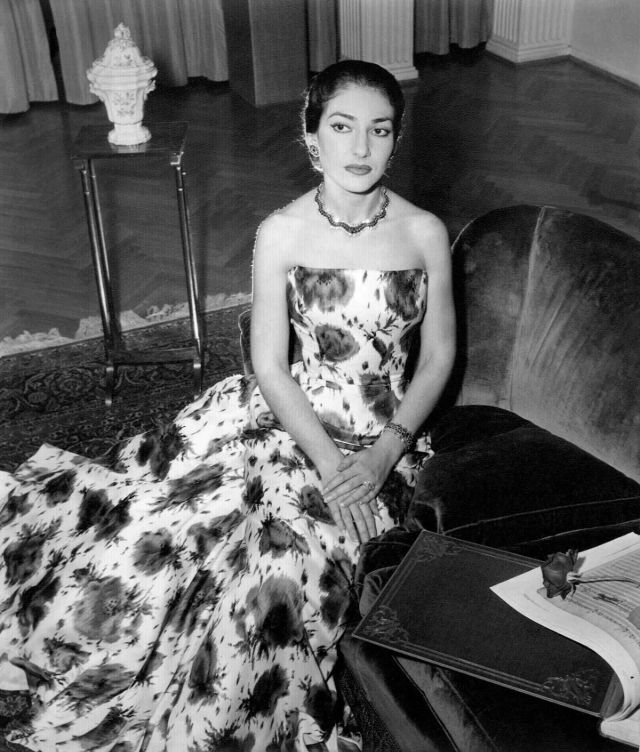 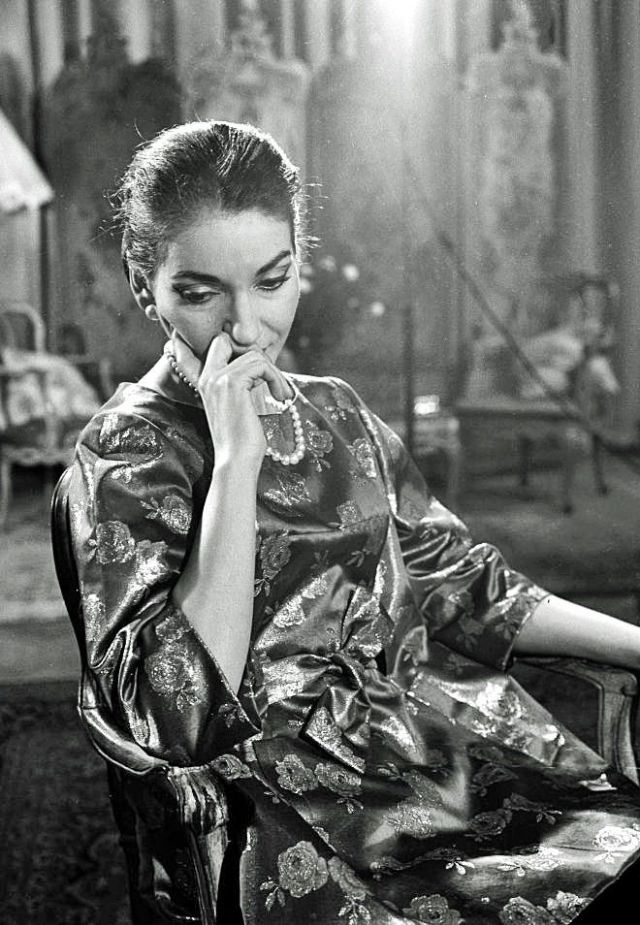