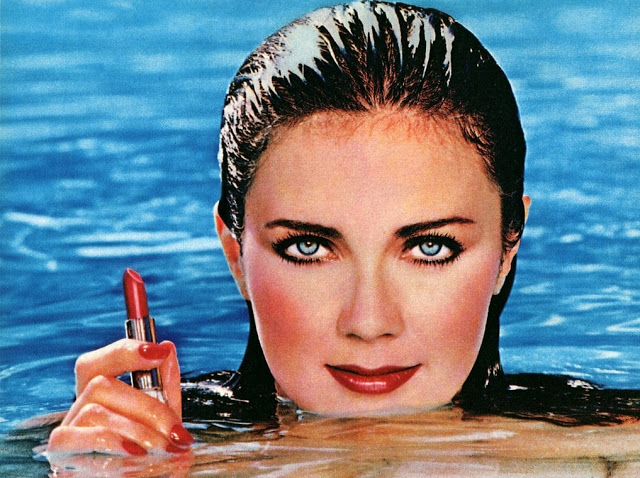 “Wonder Woman was soft and feminine in her own way,” Lynda said. “I tried to give her a sense of humor and vulnerability. I’m a lot more vulnerable than she ever was, that’s for sure.

“She may not have been a really believable character, but at least Wonder Woman didn’t wear a mask like Batman. My attitude was that she couldn’t help what she was, and I tried to make her behave as a normal person despite her special powers.”

While Wonder Woman was being produced, Carter was well recognized and in demand for promotional work. In 1978, Carter was voted “The Most Beautiful Woman in the World” by the International Academy of Beauty and the British Press Organization. She had also signed a modeling contract with Maybelline cosmetics in 1977. In 1979, she appeared in a Diet 7Up commercial along with comedian Don Rickles.

Below are some of beautiful commercials of Lynda Carter for Maybelline in the 1980s. 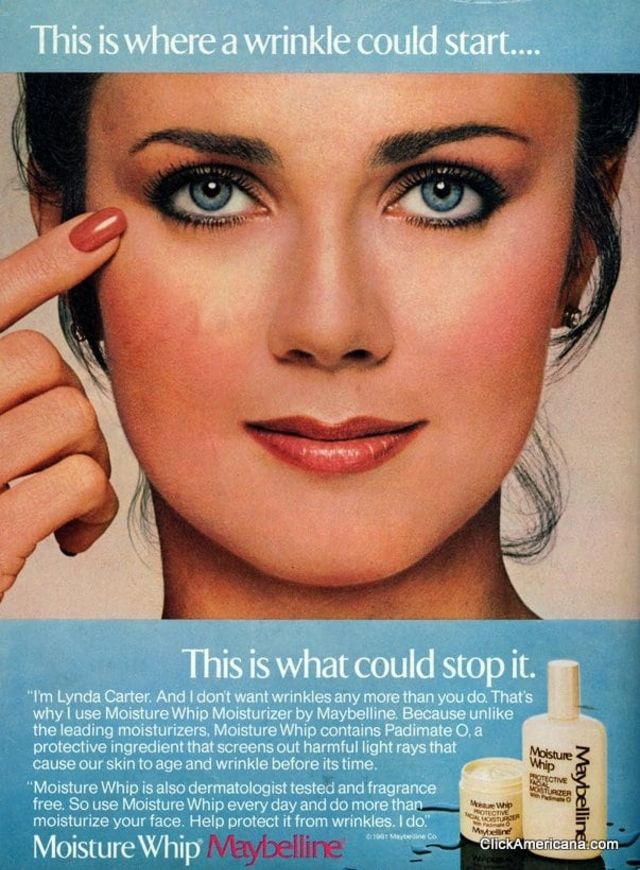 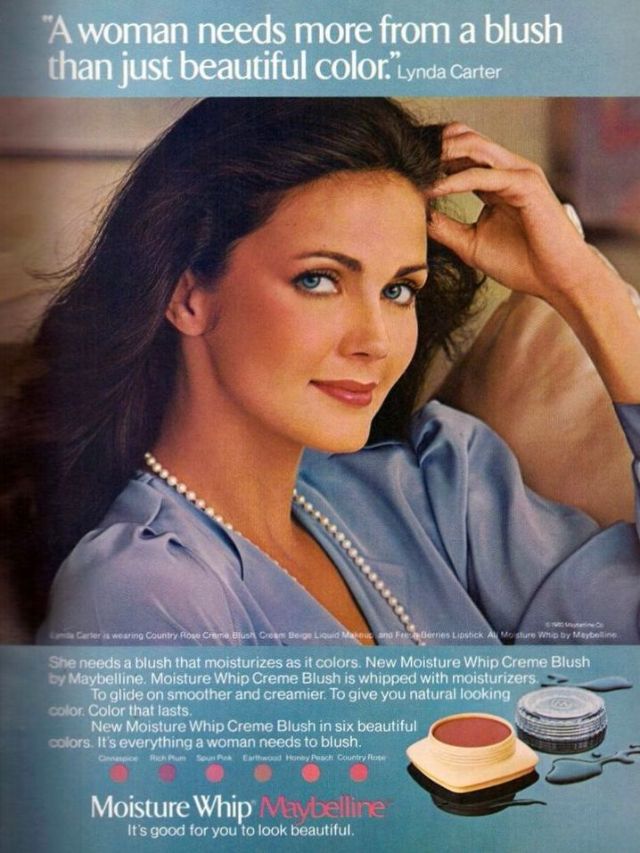 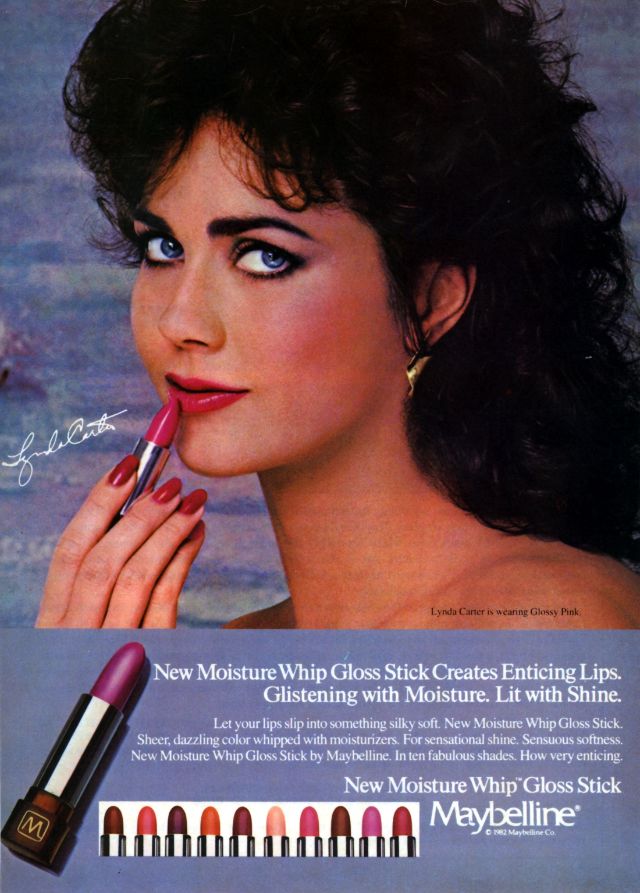 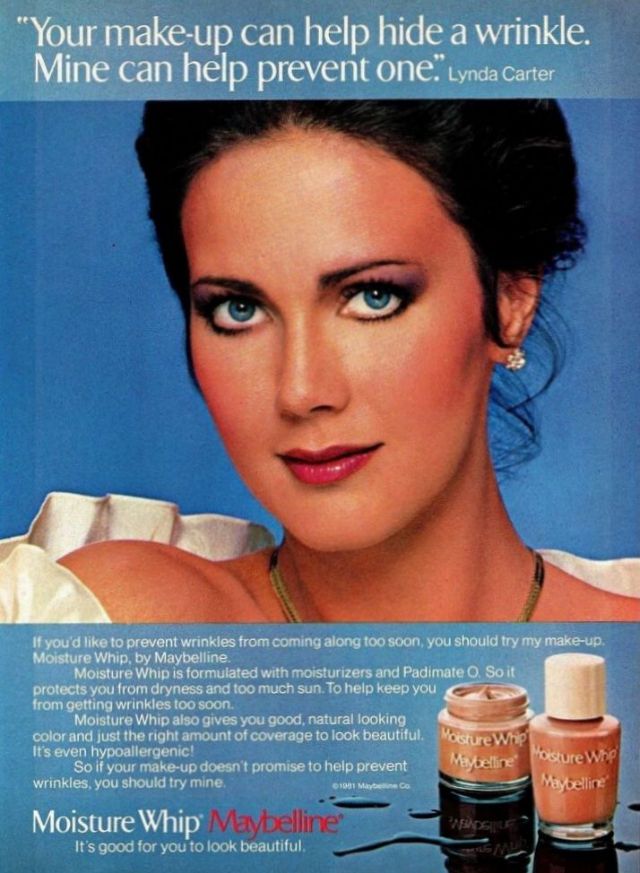