The invention of the daguerreotype in 1839 made portraiture much more commonplace, as many of those who were unable to afford the commission of a painted portrait could afford to sit for a photography session. This cheaper and quicker method also provided the middle class with a means for memorializing dead loved ones.

Post-mortem photography was very common in the nineteenth century when “death occurred in the home and was quite an ordinary part of life.” As photography was a new medium, it is plausible that “many daguerreotype post-mortem portraits, especially those of infants and young children, were probably the only photographs ever made of the sitters.

These photographs served as keepsakes to remember the deceased. The later invention of the carte de visite, which allowed multiple prints to be made from a single negative, meant that copies of the image could be mailed to relatives. Approaching the 20th century, cameras became more accessible and more people began to be able to take photographs for themselves.

1. People Would Have Photos Taken of Their Loved Ones in Caskets 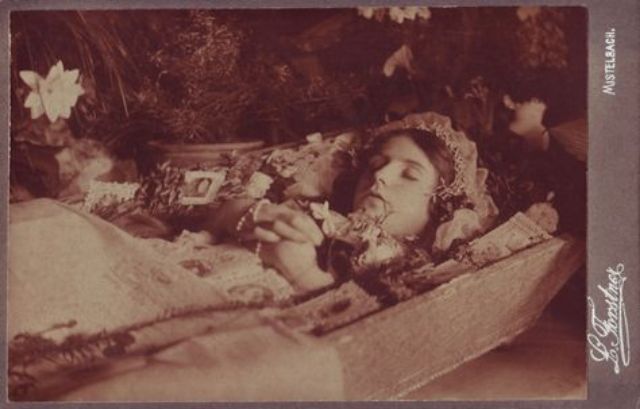 The earliest Victorian death photos were simple: the dead person was photographed in a casket, usually in the parlor of their home before loved ones came to pay their respects. These were a simple way of remembering the deceased, and served as a form of memento mori, a popular Latin phrase of the time that translates to “remember that you will die.”

2. Mothers Would Hide Behind a Sheet While Holding Their Deceased Children 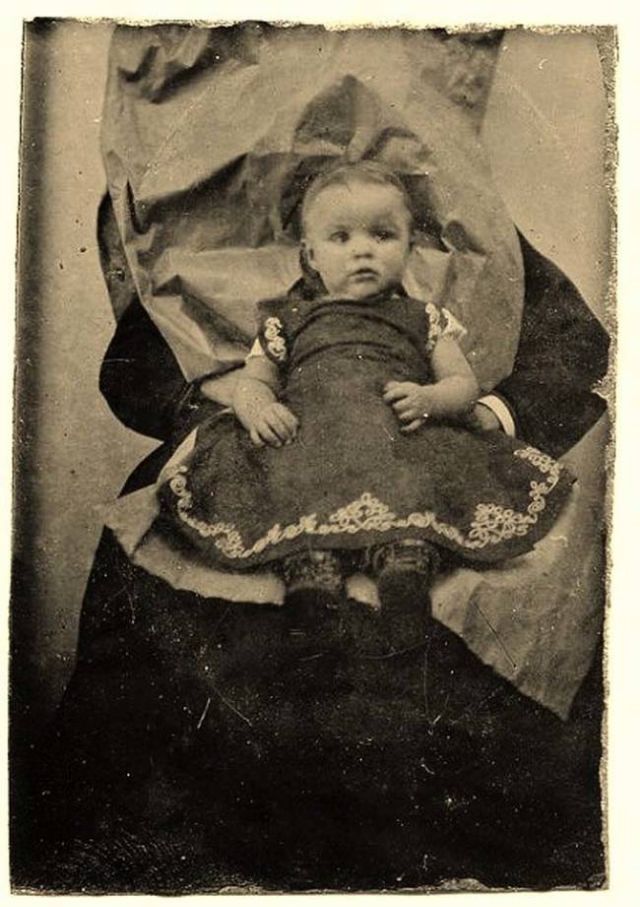 These photos, called “hidden mother” pictures, were taken because the mother didn’t want to be seen. So she simply hid behind a sheet and held the baby in her arms. (In some cases, the baby photographed isn’t dead, the mother is simply there to hold him or her still, so researchers often have a hard time determining which of these photos feature deceased babies.)

3. Artists Would Paint Open Eyeballs on the Dead’s Eyelids 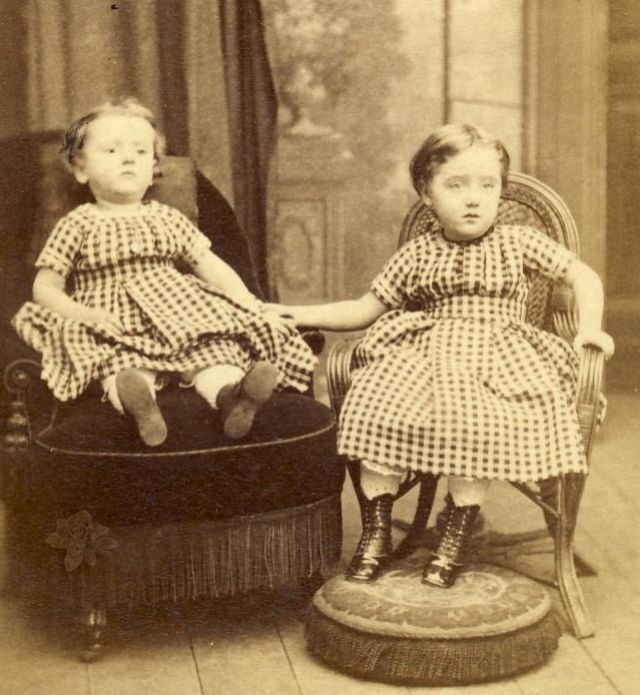 Later in the Victorian period, photography advanced to the point where simple, Photoshop-like touches were possible. After the picture was developed, things like rosy cheeks could be painted on to make the deceased look more lifelike. Open eyes were painted onto the photo negative to further disguise the dead as the living.

4. Stands Sometimes Held Up the Bodies of the Deceased 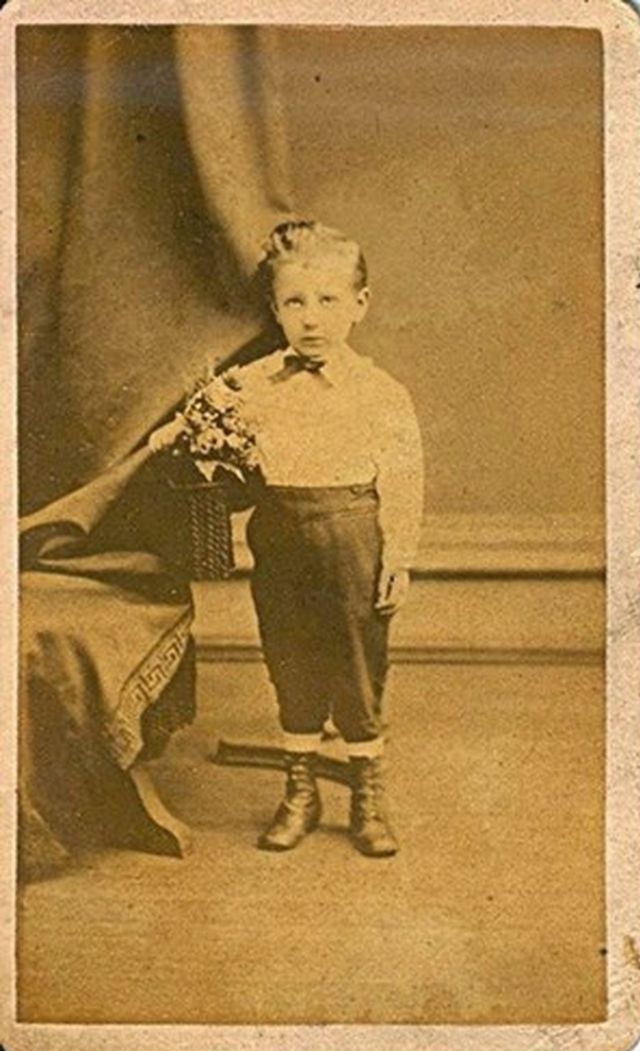 In order to make the deceased look so full of life that he or she was standing, special stands were used. These stands would be disguised by curtains and by the body of the deceased person itself. In this case, you can see the base of the stand behind the boy’s feet, and someone or something is holding his head straight from behind the curtain.

5. Parents Would Pose Alongside Their Dead Children 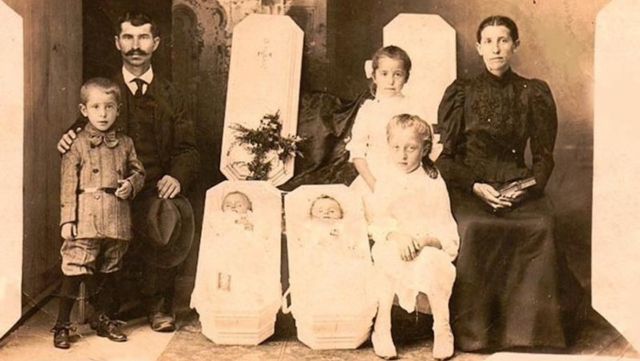 Childhoood death rates during the Victorian era were very high, thanks to diseases like smallpox and tuberculosis. Many children did not make it to the age of three. Sadly, the only photo taken of an entire family might be one with the youngest in a coffin.