William Gordon Stables was born in Banffshire in 1838. After attending Aberdeen University, he became a surgeon in the Royal Navy. He retired in 1877 due to ill health. Afterwards, in 1885, he commissioned ‘The Wanderer’, the first horse drawn touring caravan, which he called a Land Yacht. 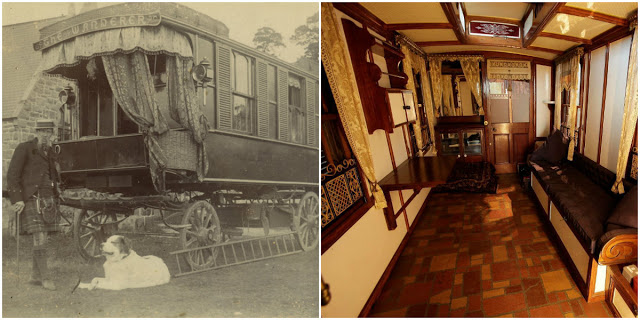 Made from mahogany and maple wood, and painted black and gold, former naval officer Dr Stables wanted the life of a gypsy while traveling in style – spawning the nickname ‘Gentleman Gypsy’. Although it can be pulled by car, in Dr Stables’ day the work was done by two horses, Captain Corn-flower and Polly Pea-blossom.

The Edwardian caravan, which went on its first tour in 1885 has finally come to rest in the Cotswolds at the Caravan Club Site in Broadway.

Beverley Larion, of the Caravan Club, said: “We would prefer to keep it at the Caravan Club rather than in a storage facility so our members can enjoy it. It’s the most beautiful display of craftsmanship internally. The Woodwood, upholstery is all original.” 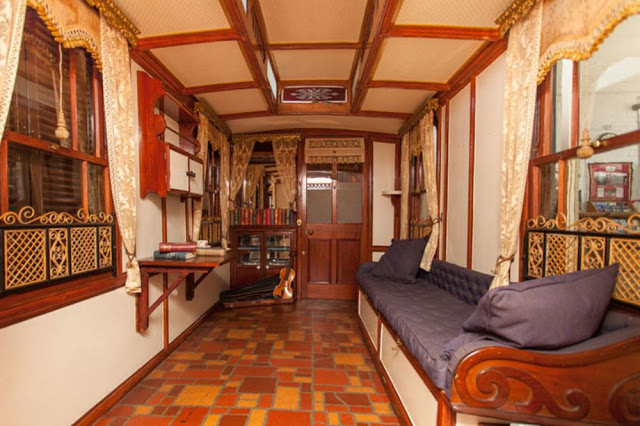 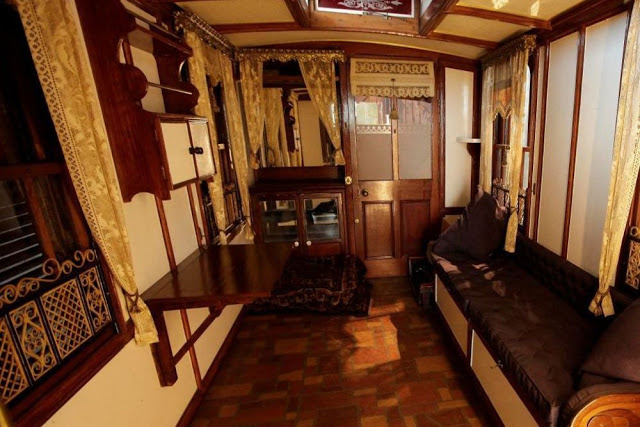