In the 1980s, fitness hit the mainstream. With the help of stars like Arnold Schwarzenegger, Jane Fonda, and of course, Richard Simmons, everyone wanted to work their way to a better body during the ’80s. Now it’s been a few decades since those fitness stars inspired us to be our better selves. What are they up to today? Have they stayed in shape after all these years? Read on to find out! 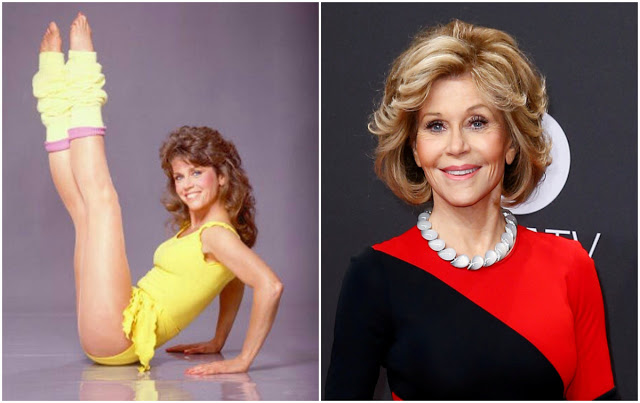 Before VCRs came out in the 1980s, there was no easy way for people to watch something whenever they wanted at home. However, with VCRs came the home video revolution, and Jane Fonda used it to get her workout tapes into seemingly every home in America. The Jane Fonda Workout sold over one million copies. She would eventually release another 22 installments and is now known as much for her workouts as for her acting.

Today: By the time the 90s were in full swing, Jane Fonda had apparently had her fill of the fitness industry and decided to focus more on her acting again. She did eventually release another workout video in 2010, but by then the world had moved on to DVD, of course. She’s now 79 years old, but you can tell that keeping fit over the years has really helped her stay young and healthy. 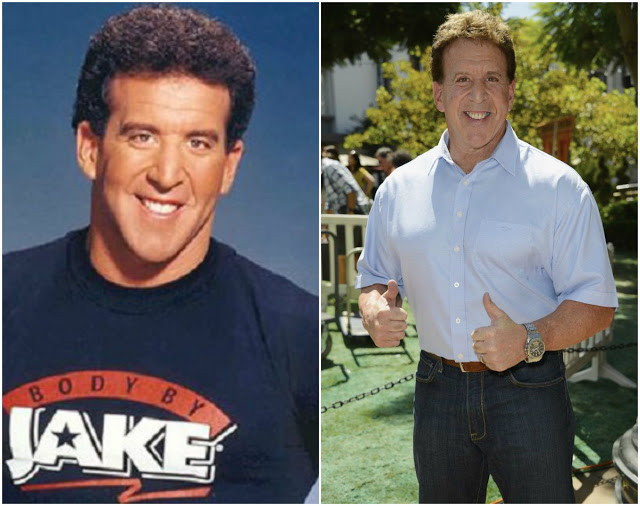 If the name Jake Seinfeld doesn’t ring a bell, perhaps you would remember the “Body By Jake” brand name instead? Jake was one of the fitness stars in the 1980s who promised out of this world results with an approachable strategy that wasn’t too intimidating for beginners. Who knows how many people actually ever reached their goals because of Jake, but he did launch FitTV, so he was certainly successful in that regard!

Today: Jake Seinfeld has done a very good job of evolving from the days of VHS fitness tapes to on-demand digital content through the internet. He has his own fitness brand called Jake Global, which of course he is the CEO and chairman of. He has also created FitOrbit 2.0, a training platform that uses the technology of today to help people get motivated to get (or even stay) in shape. 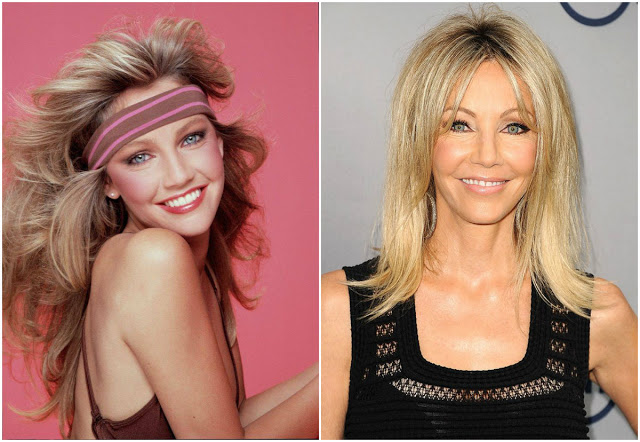 Heather Locklear was a bona fide superstar in the 1980s and 90s. As an actress and model, she captivated the men and connected well with the women. Many women really admired her appearance and wanted to know how she stayed in shape, so she decided to make her own fitness videos. The videos were intended to have Locklear serve as the viewer’s personal trainer, and of course, she wore all kinds of colorful leotards in typical 80s fashion!

Today: Like other stars who have prioritized health and fitness, Heather Locklear continues to look great to this day. She is now in her 50s but still has a great physique. In interviews, she has readily spoken about her commitment to fitness and nutrition, as she spends several hours each week working out and staying fit. Doing so has definitely added to her career longevity and kept her in top health! 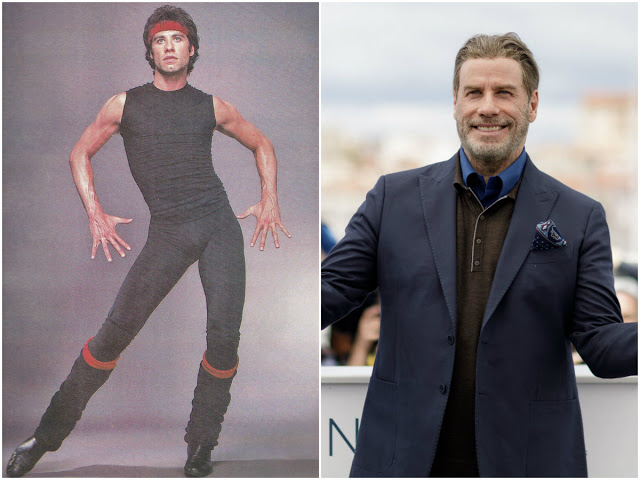 John Travolta’s acting skills have always been very good, as evidenced in his many film performances over the years. However, he received just as much attention for his physique during his early roles, especially in Saturday Night Fever and Staying Alive, when he had to have the physique and skills of a professional dancer. In Perfect, working out was a central part of the film, and he had several scenes in a fitness studio.

Today: Like many of us, John Travolta is not in the kind of shape today that he was in his 20s. However, as he is 63 years old, you have to admit that he’s still looking pretty good for his age! While John Travolta doesn’t openly discuss fitness very much, you can tell that he has taken care of his body and health over the years even as he has continued the hectic schedule of a popular actor. 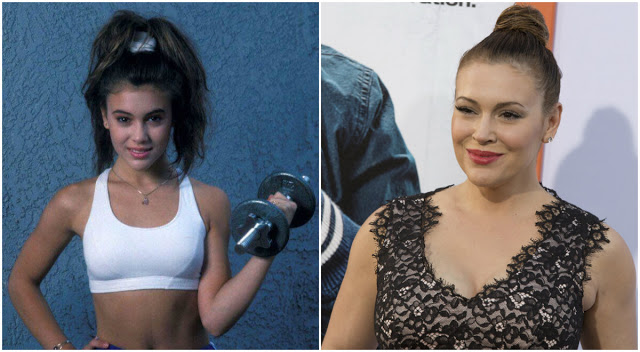 When Alyssa Milano first found fame, it was as the TV daughter of Tony Danza on the hit sitcom Who’s the Boss? However, there was much more in the works for the young star. Long before she starred in Charmed, the actress was asked to do her own workout, which was appropriately named “Teen Steam.” The marketers behind the video believed that Milano’s appeal to teenagers would help them access a new audience beyond the stay-at-home moms that usually liked workout videos.

Today: Although it may seem like “Teen Steam” was a rather obvious marketing ploy, Alyssa Milano really does make an effort to stay fit, as you can tell by how in shape she continues to be to this day. She has had a very successful career and is now very popular on social media as well, where she likes to share her tips in areas such as healthy eating and exercise.