Dolls can be creepy for a number of reasons, the lifeless eyes, the knowing smile, or the outstretched limbs that seem to be calling out to you. But nothing is creepier than the Island of the Dolls (La Isla de las Munecas), located in the channels of Xochimilco, 17 miles south of Mexico City, Mexico.

The Island of the Dolls, originally owned by Don Julian Santana Barrera, is full of dolls hanging from trees and buildings covered with cobwebs and insects. The place was named during the 1950s when the owner began to hang them as protection against evil spirits.
According to legend, a young girl drowned entangled among the lilies of the canal and her body was found on the banks of the Santampa chinampas. Don Julian began to experience inexplicable situations so, terrified, placed dolls that he found in the garbage or in the canals of Cuemanco with the idea that they would scare the soul of the young girl who would cry out “I want my doll.” He also found a doll floating nearby and, assuming it belonged to the deceased girl, hung it from a tree as a sign of respect.
Many stories have been associated with the island over the years. A popular tale was that Don Julian had gone mad and believed the dolls to be real children who he pulled from the canal and tried to revive. But the truth, as told by his family members, is that Don Julian simply believed the island was haunted by the spirit of the little girl. For reasons only known to Don Julian himself, he believed that he could make the dead girl happy and keep evil at bay by hanging discarded dolls in all of the island’s trees.
The story took a particularly sinister turn in 2001 when Don Julian drowned in the canal just like the little girl. Many people said that the dolls, inhabited by tortured spirits, conspired to murder the old man. Others believe that Don Julian’s death was an accident and that since his passing, the dolls have taken over his role as the island’s caretaker.
Although the island did not receive much tourist attention during Don Julian’s lifetime, it has become a well-known attraction since then. International television crews have filmed there several times, including one show that claimed to find proof the island is haunted.
Getting to the island is a long and difficult task, but walking among the creepy dolls is an experience like no other. Most, if not all, of these dolls were rejected by their previous owners for various reasons. Severed limbs and body-less heads hang side-by-side with whole, sun-bleached dolls. Mold covers some, while others are missing nearly all of their artificial hair. Spiders and insects have taken up residence in the hollow parts of most of the dolls.
Although Don Julian’s sentiment was innocent and admirable, the doll graveyard he created is undeniably creepy. Soulless eyes follow visitors as they move around the small island (which is actually a chinampa, or artificial floating garden), and many swear that they can hear the dolls whispering to them. This labor of love (or fear, as it were) has resulted in an accidental sensation amongst those who admire the bizarre and twisted side of tourism. 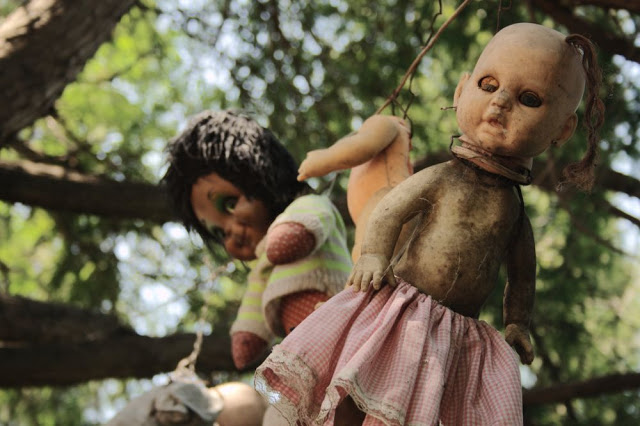 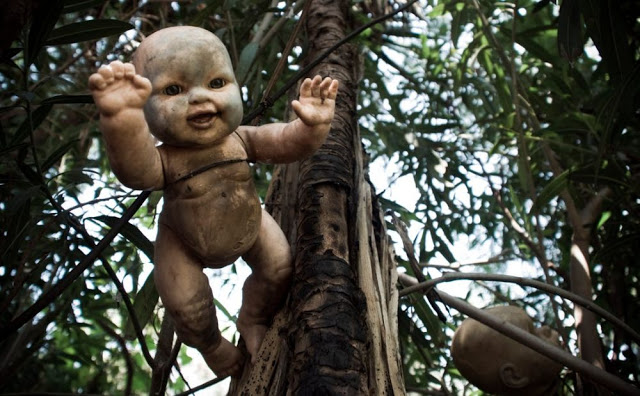 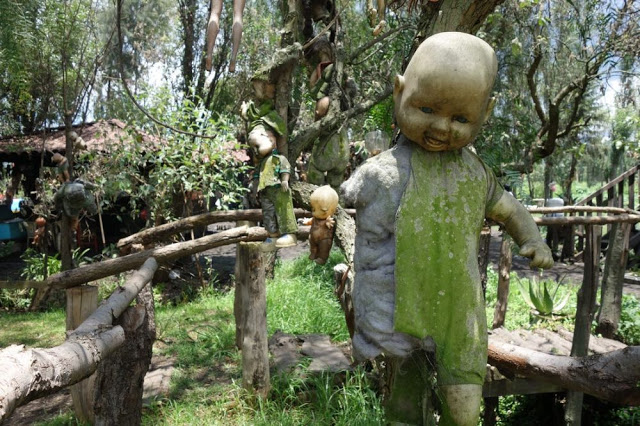 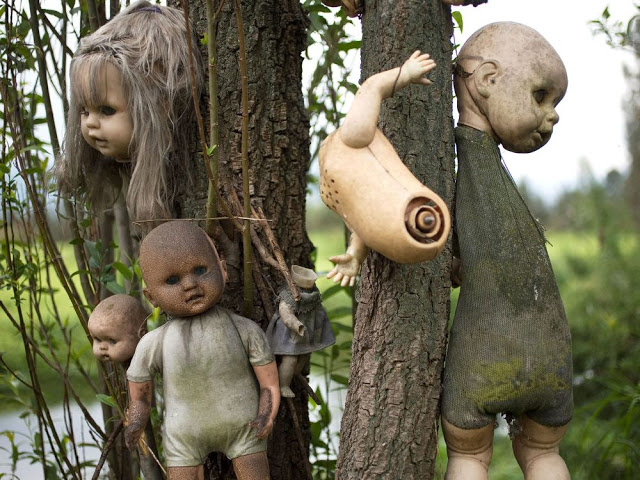 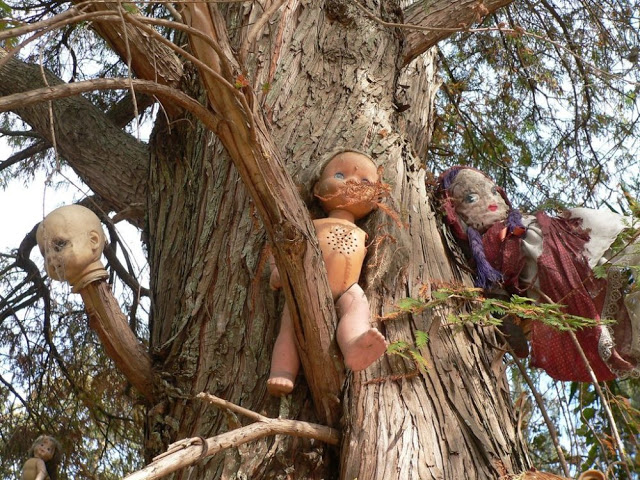