Why “Cocaine Godmother” Griselda Blanco may have been the most larger-than-life drug lord to ever rule the underworld. 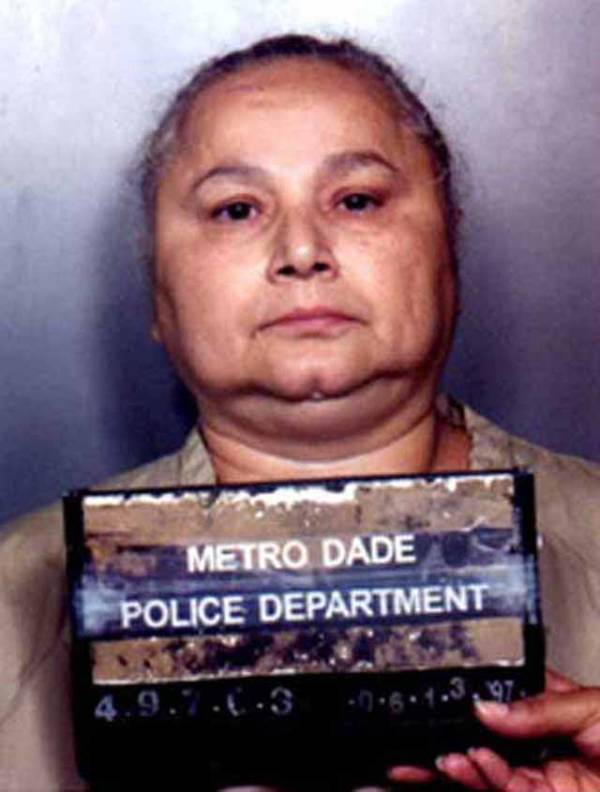 Griselda Blanco was known as the “Queen of Cocaine,” or “La Madrina” (The Godmother). Fearless, uncompromising, and ruthless, the diminutive Colombian “queenpin” ruled the cocaine trade starting in the 1970s while Pablo Escobar was still boosting cars. Escobar was the biggest drug kingpin of them all, but Blanco is said to have paved the way for him and many others. Some claim that Escobar was Blanco’s protege, though others dispute this, instead asserting that the two became deadly rivals.

What is for sure is that Griselda Blanco, after making her name as a trafficker in the 1970s, was a major player in the Miami drug wars of the 1980s. During her reign of terror, she made numerous enemies throughout Colombia and the United States. And she would do anything to eliminate them: Shopping mall shootings, drive-by motorbike hit squads, home invasions — all in all, Griselda Blanco was responsible for up to 250 murders.

“People were so afraid of her that her reputation preceded her wherever she went,” said Nelson Abreu, a former homicide detective in the documentary Cocaine Cowboys. “Griselda was worse than any of the men that were involved in [the drug trade].”

Despite such brutality, Griselda Blanco was also a lover of the finer things. She had a mansion on Miami beach, diamonds purchased from Argentina’s First Lady Eva Peron, an emerald and gold MAC 10 machine pistol, and a fortune in the billions.

Not bad for someone who grew up in a poverty-stricken neighborhood in Cartagena, Colombia.

Born in 1943, Griselda Blanco embarked upon her life of crime at an early age. When she was just 11, she allegedly kidnapped a 10-year-old boy, then shot and killed him after his parents failed to pay the ransom. Soon, physical abuse at home forced her out of Cartagena and onto the streets of Medellin, where she survived as a pickpocket and a prostitute.

Pedro Szekely/FlickrA street in Medellin, Colombia, similar to where Griselda Blanco plied her trade as a pickpocket and prostitute.

At 13, Blanco got her first taste of turning crime into big business when she met and later married Carlos Trujillo, a smuggler of illegal immigrants into the U.S. Though they had three sons together, their marriage didn’t last. Blanco had Trujillo killed in the 1970s — the first of her three husbands to meet a similar end.

It was her second husband, Alberto Bravo, who introduced Griselda Blanco to the cocaine trade. In the early 1970s, they moved to Queens, New York, where their business exploded. They had a direct line to the white powder in Colombia which took a hefty chunk of business away from the Italian mafia.

This is when Blanco became known as “The Godmother.”

Blanco found an ingenious way to smuggle cocaine into New York. She had young women fly on planes with cocaine hidden in their underwear, which Blanco had designed.

With business booming, Bravo returned to Colombia to restructure the export end. Meanwhile, Blanco expanded the empire in New York.

But in 1975, everything fell apart. Blanco and Bravo were busted by a joint NYPD/DEA sting called Operation Banshee, the largest at the time.

Before she could be indicted, however, Blanco escaped to Colombia. There, she apparently killed Bravo in a shootout over missing millions. According to legend, Blanco pulled a pistol hidden inside her ostrich skin boots and shot Bravo in the face, just as he fired a round from his Uzi into her stomach. Others believe it was the up-and-coming Pablo Escobar who killed her husband.

Whichever account is true, Griselda Blanco’s autopsy indeed revealed she had a bullet scar on her torso.

Upon the death of her second husband, she earned a new title: the “Black Widow.” More importantly to Blanco, she was now in full control of her drug empire.

After the bust, Blanco still sent cocaine to the U.S. while running her business from Colombia. In 1976, Blanco allegedly smuggled cocaine on board a ship known as Gloria. The Colombian government had sent the ship as part of America’s Bicentennial race in New York harbor. 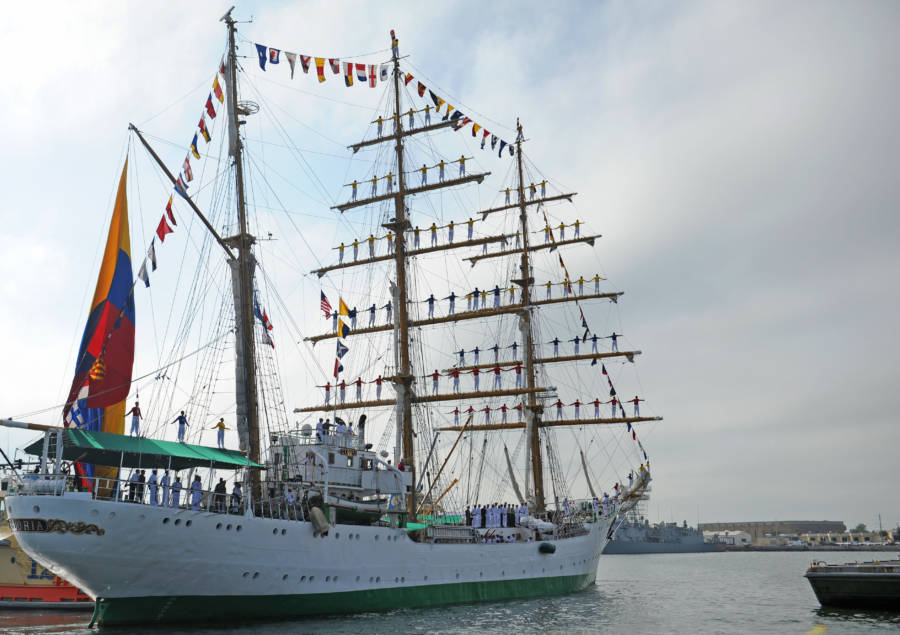 Wikimedia CommonsThe Gloria, the ship aboard which Griselda Blanco allegedly used to smuggle 13 pounds of cocaine into New York in 1976.

In 1978, she married husband number three, a bank robber named Dario Sepulveda. That same year, her fourth son, Michael Corleone was born. Having taken the Godmother mantle to heart, she thought it fitting to name her boy after Al Pacino’s character from The Godfather.

She now set her sights on Miami, where she would earn her notoriety as the “Queen of Cocaine.”

In Miami, she lived lavishly. Homes, expensive cars, a private jet – she had it all. Nothing was off limits. She hosted parties frequented by a who’s who of the drug world. Prostitutes were brought in to service guests. According to some sources, she forced men and women to have sex with her at gunpoint.

But she did indeed occupy a dangerous world. In Miami, there was increasing competition among various factions, including the Medellin cartel, who were flying in planeloads of cocaine. Soon, conflict erupted.

The first shots were fired on July 11, 1979. Several of Blanco’s hitmen killed a rival drug dealer at the Crown Liquor store in the Dadeland Shopping Mall. Then the hitmen chased liquor store employees through the mall with guns blazing, luckily only wounding them.

Like something from The Joker’s playbook, the assassins had arrived in an armored delivery van with “Happy Time Complete Party Supply” emblazoned on the side.

“We called it a ‘war wagon’ because its sides were covered by quarter-inch steel with gunports cut into them,” recalled Raul Diaz, a former Dade County homicide detective.

With the “war wagon” ending up in the hands of the police, Blanco would rely on a more efficient getaway vehicle. Often, her hitmen used motorbikes in assassinations, a technique she is credited with pioneering on the streets of Medellin.

Blanco’s most trusted hitman was Jorge “Rivi” Ayala. Ayala recounted that when Blanco ordered a hit, it meant that everyone in the vicinity was to be killed. Innocent bystanders, women, and children. Blanco did not care.

Blanco was merciless. If you did not pay on time, you and your family were eliminated. If she did not want to pay you, you were assassinated. If she perceived that you had slighted her, you were bumped off.

Ayala was a willing killer for Blanco, but he drew the line with children. In one case, he stopped his psychotic team from killing the young kids of two drug dealers they had just killed.

Despite this, Ayala inadvertently killed Blanco’s youngest victim. The Godmother had sent Ayala to take out one of her hitmen, Jesus Castro. Unfortunately, Castro’s two-year-old son, Johnny, was accidentally shot twice in the head when Ayala shot up Castro’s car.

Then, in late 1983, Blanco’s third husband was in the firing line. Sepulveda kidnapped their son, Michael Corleone, and returned to Colombia. But he did not escape Blanco. She allegedly had hitmen dressed as policemen gun him down while her horrified son watched.

She might have got her son back, but the assassination of Sepulveda initiated a war with his brother, Paco. For Blanco, it was just a problem to solve. But some of Blanco’s former supporters took Paco’s side, including an important supplier.

Blanco’s past was fast catching up with her. In 1984, Jaime, the nephew of her slain second husband, Alberto Bravo, patrolled her favorite shopping malls waiting for his chance to kill her.

Despite the burgeoning number of thugs wanting to kill her, she escalated the violence even further when she had drug supplier Marta Saldarriaga Ochoa killed. Blanco did not want to pay the $1.8 million she owed her new supplier. In early 1984, Ochoa’s body was found dumped in a canal.

Luckily for Blanco, Ochoa’s father did not pursue Blanco. Instead, he pleaded for the killing to stop — this from a man whose family had founded the Medellin Cartel with Pablo Escobar.

Nevertheless, Blanco became the focus of not only her enemies but also the DEA.

In early 1984, the heat got too much for Blanco and she moved to California. There she laid low avoiding both Bravo’s nephew and the DEA. By November, Bravo’s nephew was arrested because he was a potential threat to the DEA’s arrest of Blanco.

With the nephew out of the way, the DEA moved in on Blanco. She was arrested in 1985 at the age of 42 and sentenced to nearly 20 years in jail for narcotics trafficking.

Allegedly, however, this was not the end of her cocaine business, and far from the end of authorities’ investigations into her dealings. The Miami-Dade District Attorney’s office, for one, wanted her convicted of murder.

Such concerns aside, Griselda Blanco began a new chapter of her life in prison.

When news of her imprisonment was televised, Charles Cosby, an Oakland crack dealer decided to contact Blanco. Cosby was enthralled by the Godmother. After much correspondence, the two met at FCI Dublin Federal Women’s Prison.

Almost immediately, they became lovers, thanks to the help of paid-off prison staff. If Cosby is to be believed, Blanco entrusted most of her drug empire to him. 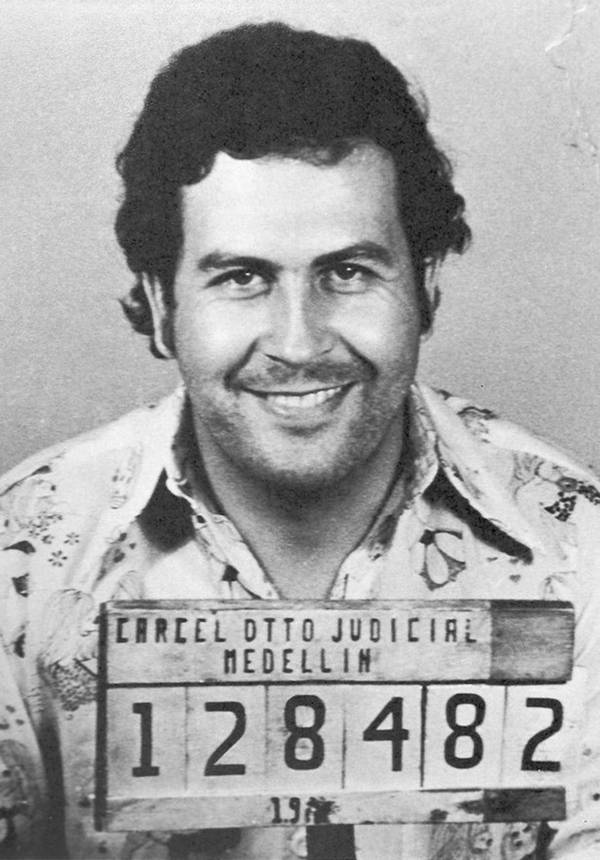 Wikimedia CommonsInfamous drug kingpin Pablo Escobar, who was responsible for the death of Griselda Blanco’s son, Osvaldo. Escobar is seen here in a mugshot taken in 1977.

And with Blanco behind bars, her enemies turned their attention to her son, Osvaldo. In 1992, Osvaldo was shot in the leg and shoulder by one of Pablo Escobar’s men and would later bleed to death in hospital.

But the real blow for Blanco came in 1994 when her trusted hitman Ayala became the star witness in a murder prosecution against her. This apparently caused the Godmother to have a nervous breakdown. Ayala had enough on her to send her to the electric chair many times over.

But, according to Cosby, Blanco had a plan. He claims Blanco slipped a note to him. On it was written “jfk 5m ny.”

Perplexed, Cosby asked Blanco what it meant. She said she wanted Cosby to organize the kidnapping of John F. Kennedy Jr in New York and hold him in exchange for her freedom. The kidnappers would receive $5 million for their trouble.

Allegedly, the kidnappers came close to pulling it off. They managed to surround Kennedy while he was out walking his dog. But an NYPD squad car passed by and scared them off.

Blanco was definitely bold enough to conceive of such a plan. But it was never proved. 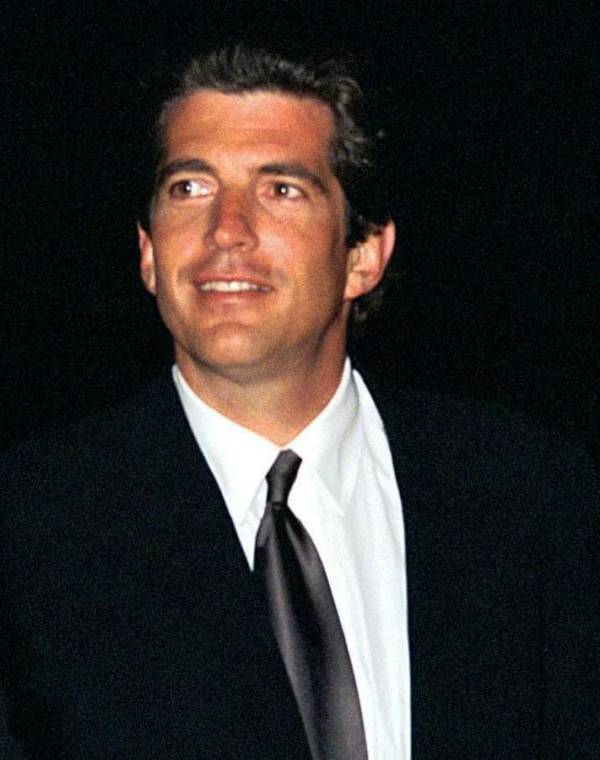 With the kidnapping plan having collapsed, time was running out for Blanco. If Ayala testified against her, she would be put on death row.

But, remarkably, a phone sex scandal between Alaya and secretaries from the Miami-Dade District Attorney’s office scuttled the case. Alaya was discredited as a star witness.

Blanco had avoided the death penalty. Instead, she accepted a plea bargain. In 2004, she was released and sent back to Colombia.

Despite her luck, she had made too many enemies. In 2012, the 69-year-old Griselda Blanco was shot twice in the head outside a butcher’s shop in Medellin. She was assassinated by the very method she’d devised years before: a hitman on a motorcycle. Was this one of Pablo Escobar’s associates from decades earlier with a grudge? Or someone else? Blanco had so many enemies, it is too difficult to determine.

Either way, Griselda Blanco was soon laid to rest — in the same cemetery as Pablo Escobar.

After this look at Griselda Blanco, check out the craziest facts about Pablo Escobar and read up on Pablo Escobar’s unbelievable net worth.