Edgar Winter bassist and songwriter Dan Hartman designed this $5000 silver “Bass Suit” in 1974. The controls are on the sleeve attached to an aluminum plate. The guitar neck ends in a Crescent Moon and the suit itself has moons on it. 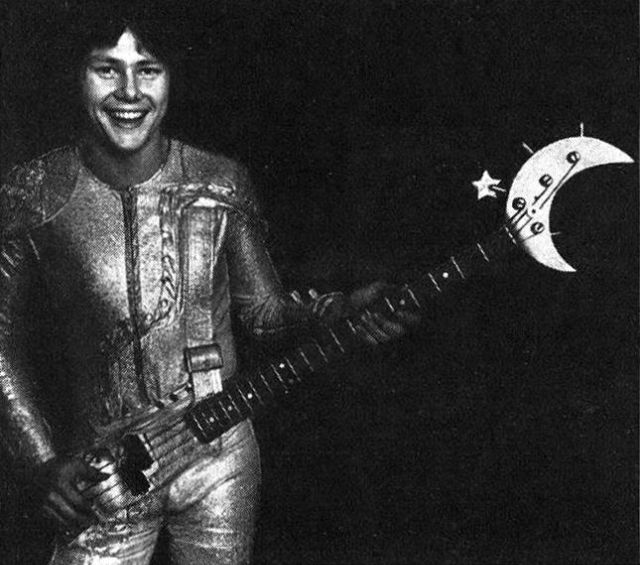 Let’s hear Hartman talk about it in an old interview:

“The bass suit was actually one of the first cordless guitars in existence, and I invented it. It was built right into this silver bodysuit so it looked as though the bass was coming out of my body, and the volume and tone knobs were on the sleeve.”

“When it worked it was great, but the tunings were a little strange, plus I can’t tell you how many times I got shocked. It wound up being just one more thing that we had to worry about on tour: ‘Well, I wonder if this will work tonight.’ After a while I couldn’t stand wearing it anymore so I gave it up.” 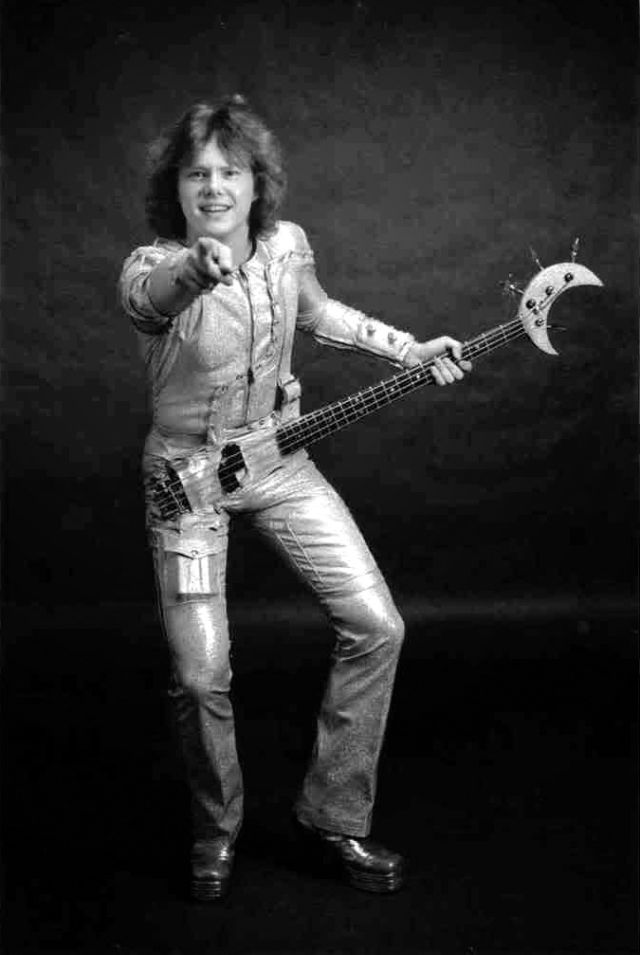 Hartman not only wrote the Top 20 hit , “Free Ride”, for the Edgar Winter Group. Ten year later he released the Top 10 solo hit “I Can Dream About You.” His other big hit was the disco infused “Instant Replay” in 1978.