Color television wasn’t widespread until 1966, but some Swedes armed with nylon stockings tried to get it four years earlier. They fell victim to a hoax by Sweden’s SVT (Sveriges Television), which trotted out a “technical expert” to explain on-air — in thoroughly technical terms — how a thinly stretched nylon screen in front of a television would bend light’s wavelengths and produce a color image. The thousands who tried it learned quickly that there was no such trick — and were out a pair of stockings to boot. 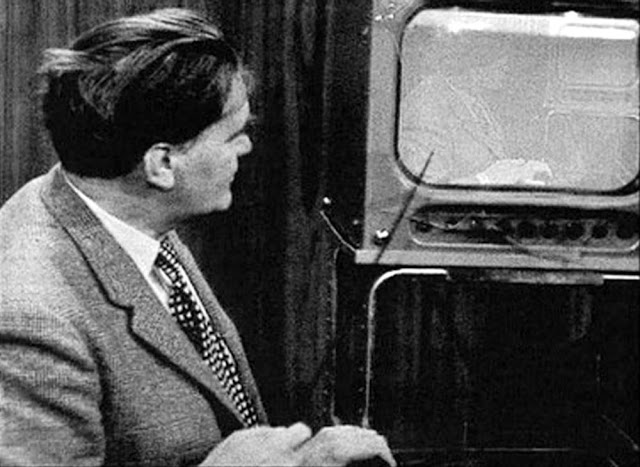 This one is so simple it’s genius. The hoax took place in Sweden on April Fool’s Day, 1962 when Sveriges Television brought its technical expert, Kjell Stensson, onto the news to inform the public that, thanks to new technology, viewers could convert their existing sets to display color reception. At the time, there was only the one TV channel in Sweden, and it broadcast in black and white, so this was major news.

The broadcast cut to Stensson sitting in front of a television set in the studio. He began to explain how the process worked. His discussion was highly technical, going into details about the prismatic nature of light and the phenomenon of “double slit interference.” But at last he arrived at the main point. Researchers, he said, had recently discovered that a fine-meshed screen placed in front of a black-and-white television screen would cause the light to bend in such a way that it would appear as if the image was in color.

According to Stensson, viewers could experience the effect at home with the help of some simple, readily accessible materials. Nylon stockings, it turned out, were the perfect fabric to use as a fine-meshed screen. So all viewers had to do, Stensson said, was to cut open a pair of stockings and tape them over the screen of their television set. The image on the television should suddenly appear to be in color.

Stensson cautioned that the viewer would have to be seated at the correct distance from the screen in order to get the full effect. Also, it might be necessary to “move your head very carefully” back and forth, in order to align the color spectrum.

Thousands of viewers later admitted they had fallen for the hoax. Many Swedes today still report remembering their fathers rushing through the house trying to find stockings to place over the TV set. Regular color broadcasts began in Sweden on April 1, 1970.