During the 19th century, a lot of men and women with albinism went to join the circus. These fascinating vintage photos show Albino men, women and children posing for the camera at a time when many of them would have been kept segregated from the rest of society. 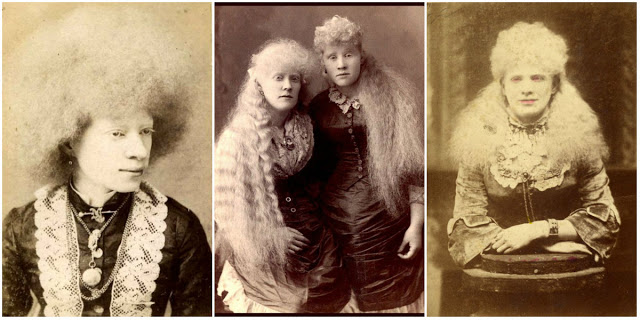 People with albinism featured on postcards and were exhibited in Victorian traveling circus freak shows, usually the only form of employment available to them.

This extraordinary collections highlights the struggles of everyday Albinos in the era, as well as celebrating some of the more famous ones who were active.

Albinism – which denotes people with a hereditary genetic condition which causes a total absence of pigmentation in the skin, hair and eyes – occurs in all racial and ethnic groups throughout the world.