There have been thousands of fantastic tornado photographs and videos but none quite like this one. The view of this is enough to send most people scrambling to their basement. Yet this girl was confident enough to pose for a picture with this massive tornado behind her. You would assume her mother would come yelling after her to stop playing around and to get indoors, but her mother is the one who took the photo! 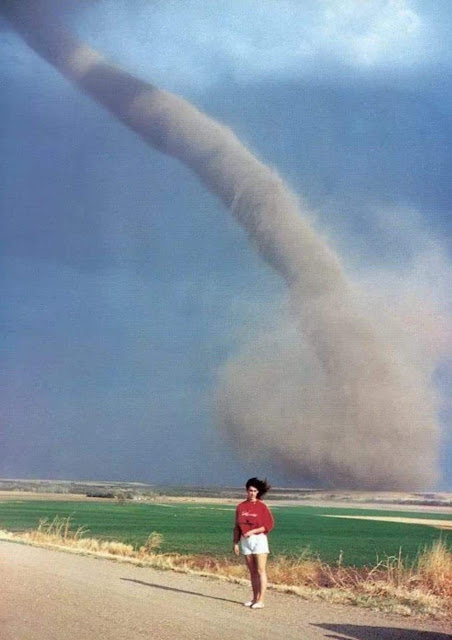 Marilee Thomas of Beaver City, Nebraska took this photograph of her daughter Audra about two miles from a Furnas County tornado in April 1989. The tornado did cut across her farm and destroyed a barn structure on the property but no lives were lost, thankfully.

“The picture of the tornado is a picture that I took in 1989 and entered into a Kodak contest,” Marilee wrote. “I won second place in the National contest. It has taken its own amazing ride around the world. My youngest daughter, Audra, is in the photo. She is always being called ‘the tornado girl’.”