This 1890 photo depicts a woman forced into a crucifixion pose and facing a wall. The woman is a patient at a mental institution, undergoing treatment. Believe it or not, forced standing was considered a legitimate part of treatment for mental illness in 19th century Germany. 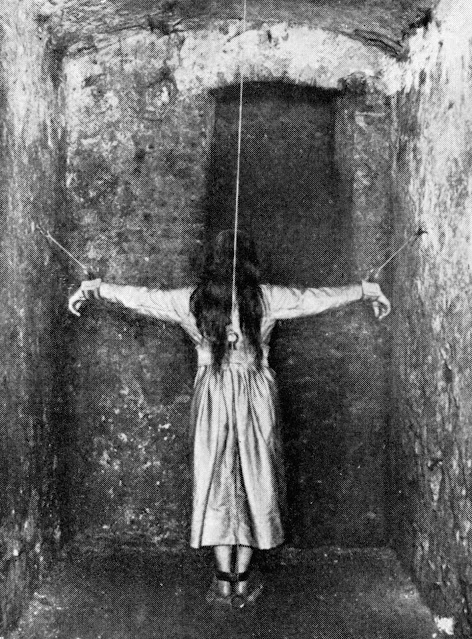