Gibbeted bodies would stink so badly that nearby residents would have to shut their windows to keep the wind from carrying the bodies’ stench into their homes. 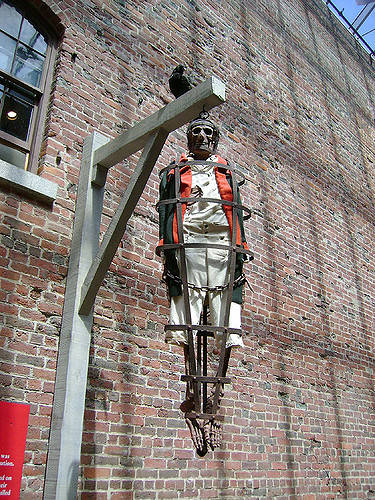 Throughout history, criminals have been subjected to punishments that now seem needlessly grisly and barbaric. Notable among these was the gibbet, which punished criminals in not only life but also death.

Gibbeting was the practice of locking criminals in human-shaped cages and hanging them up for display in public areas as a warning to others. The gibbet itself refers the wooden structure from which the cage was hung. 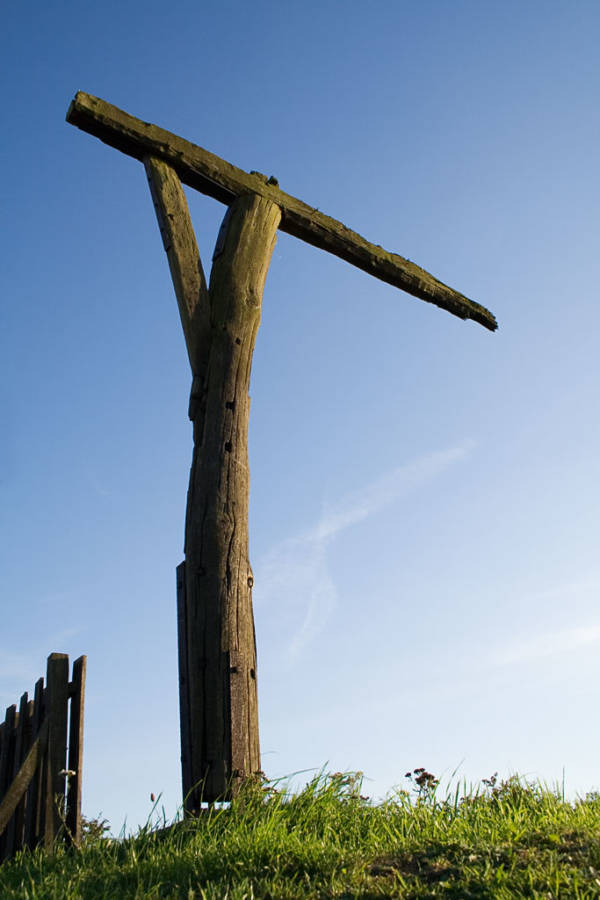 Andrew Dunn/Wikimedia CommonsReconstruction of a gibbet at Caxton Gibbet in Cambridgeshire, England.

Although gibbeting originated in medieval times, the height of its popularity in England was in the 1740s. The method lost popularity even after a 1752 declared that the bodies of convicted murderers had to be either publicly dissected or gibbeted.

The victims of gibbeting were always men; since female corpses were in high demand from surgeons and anatomists, female criminals were always dissected rather than gibbeted.

Oddly enough, the gibbeting of a criminal was considered to be a great spectacle. Happy crowds would gather to see it, sometimes amounting to tens of thousands of people. Obviously, gibbeting was the subject of much macabre fascination.

While witnessing a gibbeting was quite enjoyable to many, living near a gibbet was gross and unpleasant.

Gibbeted bodies would stink so badly that nearby residents would have to shut their windows to keep the wind from carrying the bodies’ stench into their homes.

Furthermore, gibbets spooked people by creaking and clanking eerily. The wind added to their eeriness by making them twist and sway.

People who lived near gibbets would have to put up with their stench and eeriness as birds and bugs ate their corpses. Typically, gibbets wouldn’t be removed until well after the corpse became nothing more than a skeleton. Hence, gibbets often stood for years.

Authorities made gibbeted bodies difficult to remove by hanging them from 30-foot-tall posts. Sometimes, they made the posts even taller. On one occasion, they even studded a post with 12,000 nails to keep it from being torn down.

Blacksmiths who were tasked with making gibbet cages often had a hard time doing so, since they often had no prior knowledge of the structures. Consequently, the cages’ designs varied greatly. They were also expensive to make.

Some people objected to gibbeting on the grounds that it was barbaric. 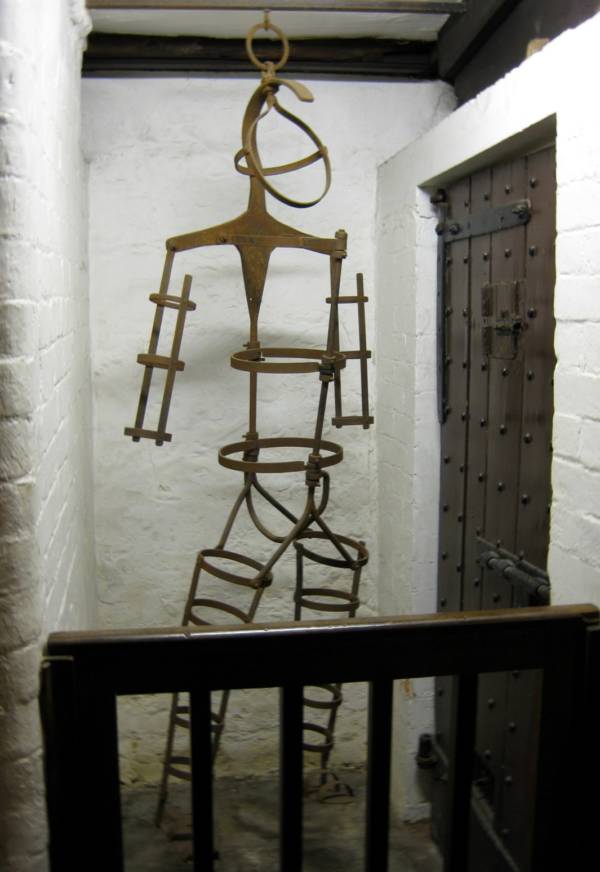 But despite people’s objections to the practice, the trouble that gibbets caused their neighbors, and how difficult and expensive they were to make, authorities insisted on gibbeting criminals.

Authorities at the time felt that the key to stopping crime was making its punishment as appalling as possible. They argued that appalling punishments like gibbeting showed would-be criminals that breaking the law was far from worthwhile.

Authorities saw gibbeting as a way to prevent not only murder but also lesser crimes. They gibbeted people for robbing the mail, piracy, and smuggling.

However, despite the appalling nature of gibbeting, crime in England failed to decline while the practice was in use. This is perhaps part of the reason why it fell out of favor and was formally abolished in 1834.

Although gibbeting is a thing of the past, remnants of the practice can be found throughout England. Over a dozen gibbet cages remain in the country, most of which are in small museums.

Furthermore, many criminals lent their names to the places where they were gibbeted. As a result, many of England’s towns and regions have roads and features that bear the names of gibbeted criminals. The names of these places serve as reminders of the disturbing punishment that the country once embraced.

Next, read the last words of 23 notorious criminals before they were executed. Then see the 384-year-old shopping list found underneath a historic house in England.