While rebellious women began wearing pants in earlier decades, in the 1930s there were several social situations that were acceptable for women to wear pants in public. 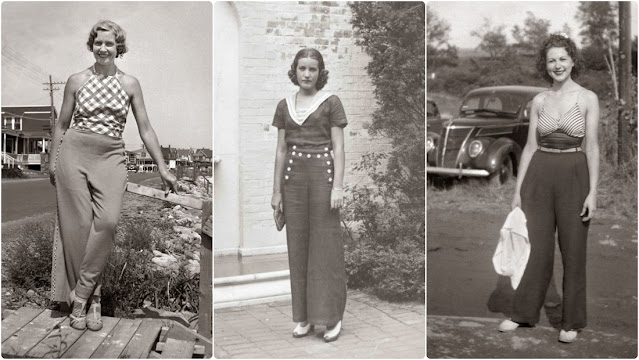 Pants generally were wide legged trousers with a front crease or very wide flowing culottes that looked like a skirt when not moving, with a high fitted waist. Calf length culottes pants were even wider legged.
The double button “sailor” front was common, as was a side zipper or button closure. They were usually made of a durable cotton fabric like twill or wool for winter.
In summer, beach pajamas, which looked like palazzo pants with an attached sleeveless top, graced the beaches, seasides, and pools of 1930s Hollywood. They were made to comically extreme widths and in bold geometric patterns, but were (and still are) extremely comfortable to wear. Beach pajamas became popular for a day at the beach or a “restful day at home.” Beach pajamas were also house pajamas along with silky nightgowns, robes and slippers.
Here below is a set of cool pics that shows women wearing pants in the 1930s. 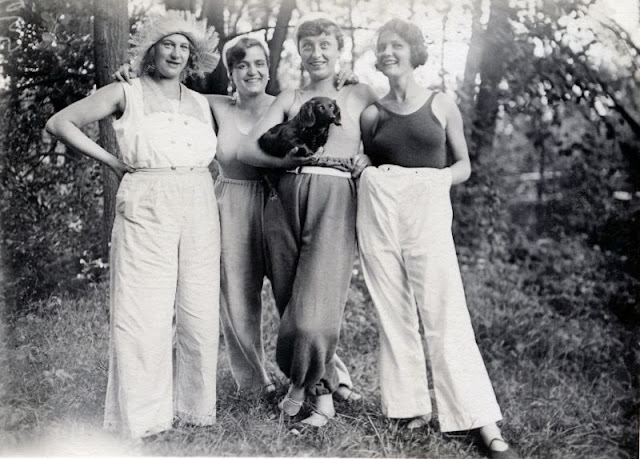 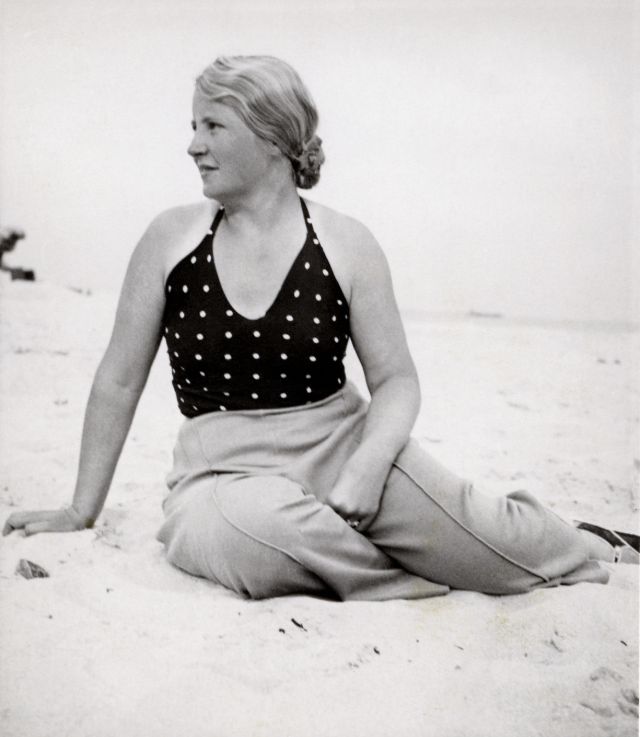 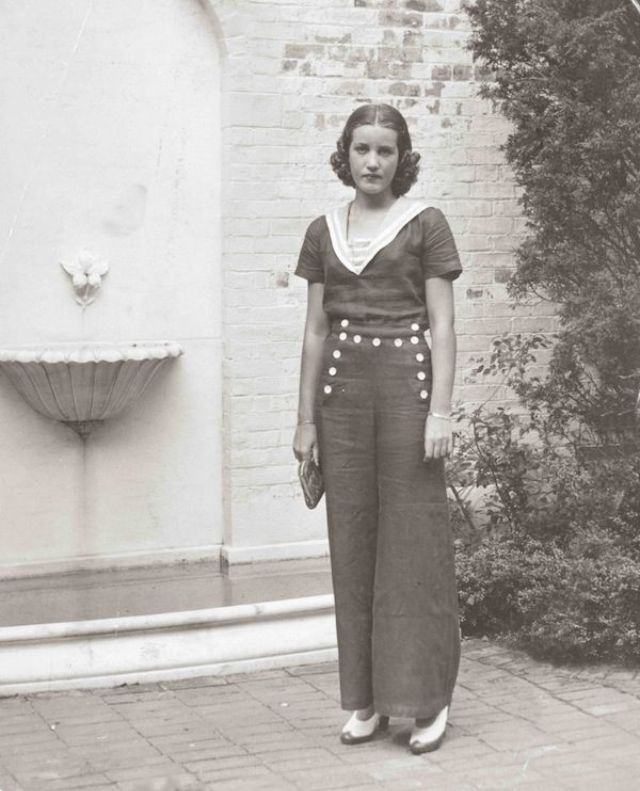 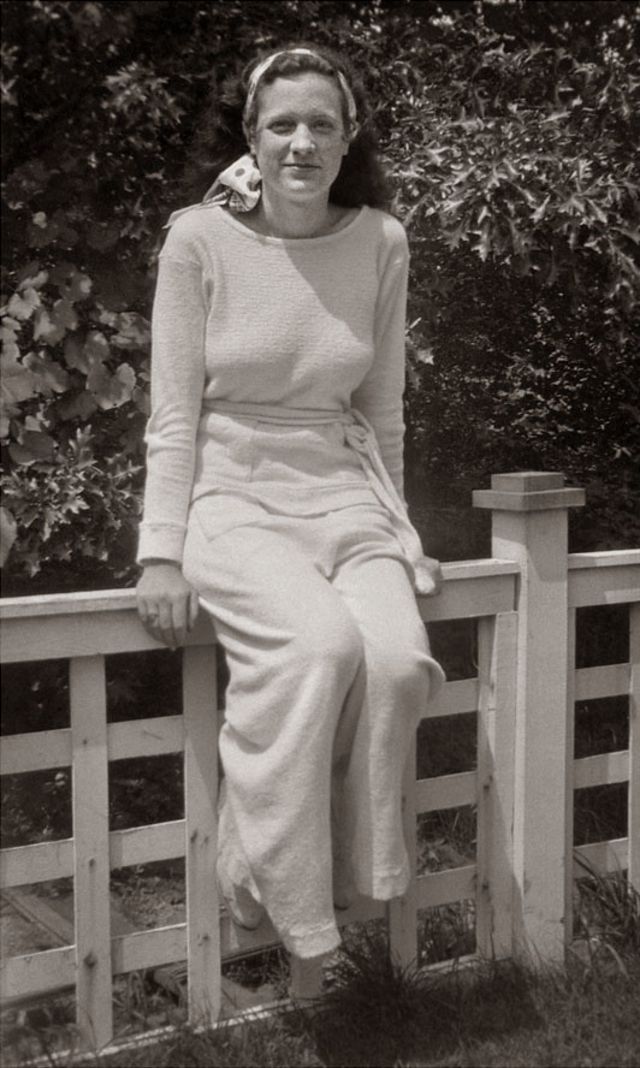 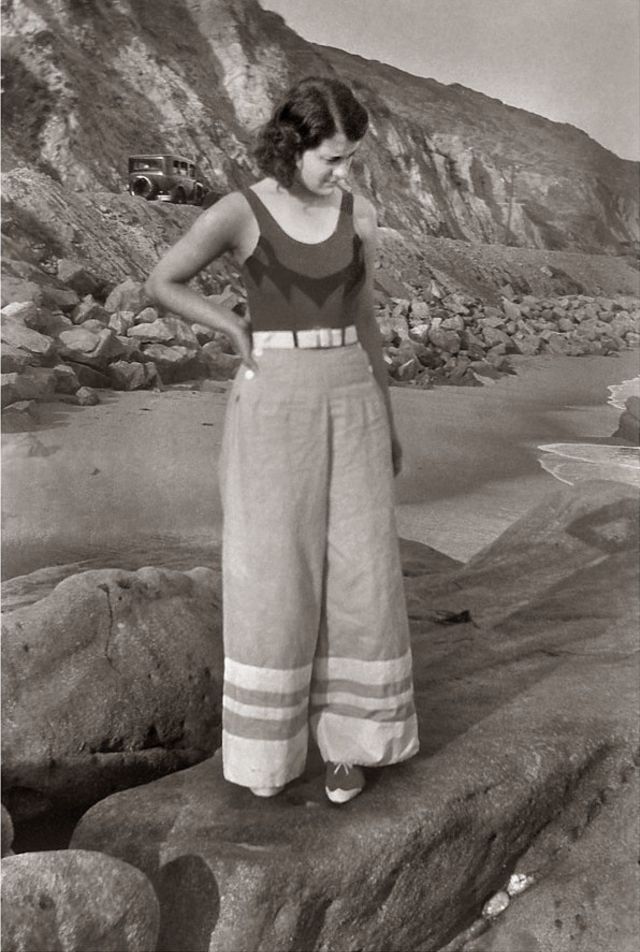