The Catwoman is one Batman’s earliest comic book adversaries, initially appearing in Batman #1 (Spring 1940), and became the best-known and most frequently seen Batman villain. Catwoman is one of Gotham City’s most prominent villains appearing in 15 episodes (12 of which are Julie Newmar).

“I had lived in New York at the time on Beekman Place, I remember it was a weekend, Friday or Saturday, and my brother had come down from Harvard with five or six of his friends, and we were all sitting around the sofa, just chatting away, when the phone rang. I got up and answered it , and it was the agent or someone in Hollywood, who said, Miss Newmar, would you like to play the Catwoman on the Batman series? They are casting it out here. I was insulted because he said it starts Monday. I said ‘What is this?’

“That’s how television is done: they never know what the are doing until yesterday. My brother leapt off the sofa. I mean he physically levitated and said BATMAN! that’s our favorite show at Harvard. We all quit our classes and quit our studies and run into the TV room and watch the show. I said , ‘They want me to play Catwoman.’ He said DO IT! So I said ‘O.K. I’ll do it.’”

Julie’s first roles in film and television were typically uncredited dance roles in the 1950s, her first credited role was playing one of the brides in the 1954 film Seven Brides for Seven Brothers. Her first appearance on Broadway came in 1955 production of Silk Stockings. Before appearing on Batman in 1966 she made appearances in TV series such as; Route 66 (1962), The Twilight Zone (1963) and My Living Doll (1965).
After being Catwoman on the first two seasons of Batman (1966-1967), Julie continued to appear on film and TV (mostly guest star appearances) throughout the 1970s and 1980s.
Julie returned to Batman related productions for the 2003 TV movie Return to the Batcave and the animated 2016 movie Batman: Return of the Caped Crusaders.
“Cats are sleek, cats are fast. Cats are… well… they aren’t mean their just wiley. And they will grab your attention in the most seductive way.” – Newmar 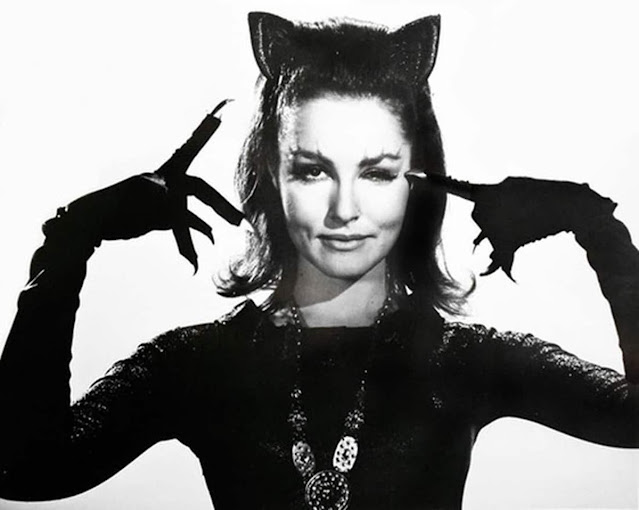 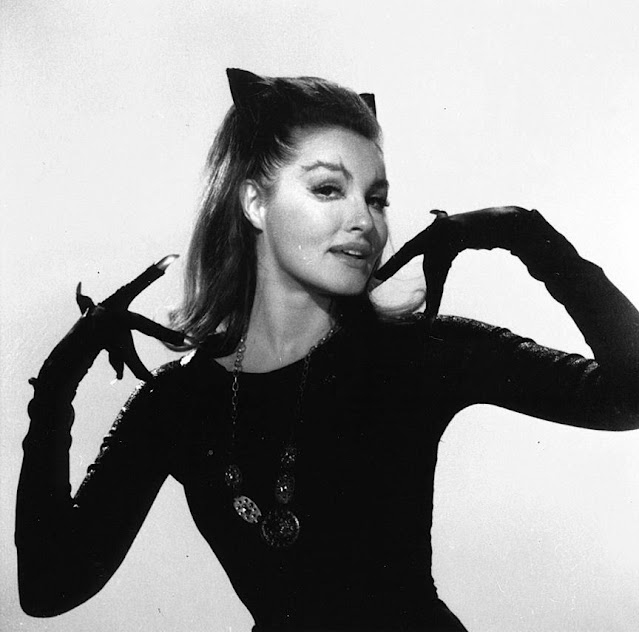 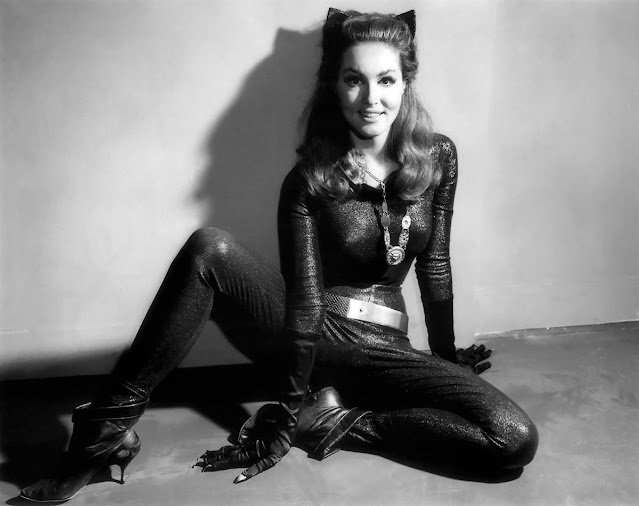 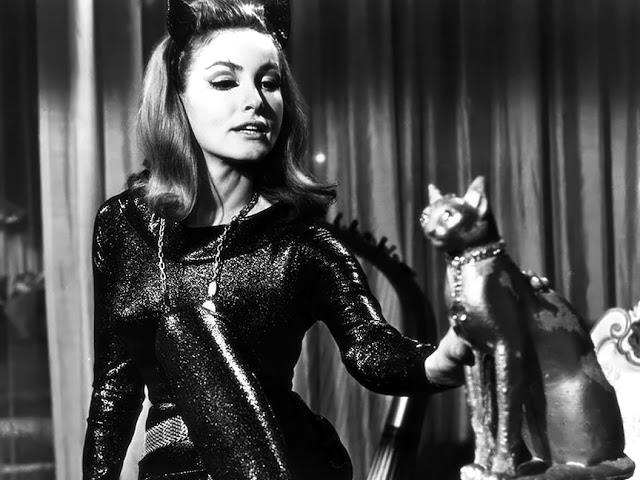 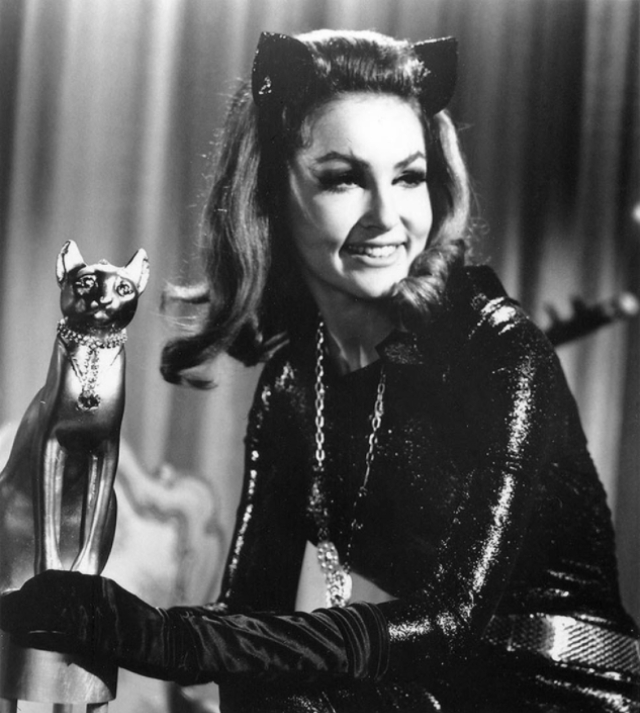