With songs like “Papa Don’t Preach”, “Like a Virgin” and “Into the Groove”, Madonna is an undeniable music icon. Rising up from New York’s 1980s underground scene, she made her name with her spirit of rebellion and bold costumes, constantly pushing the limits of pop through the continual reinvention of her musical persona. Here, 20 amazing photographs that show some of her best on-stage looks in the 1980s. 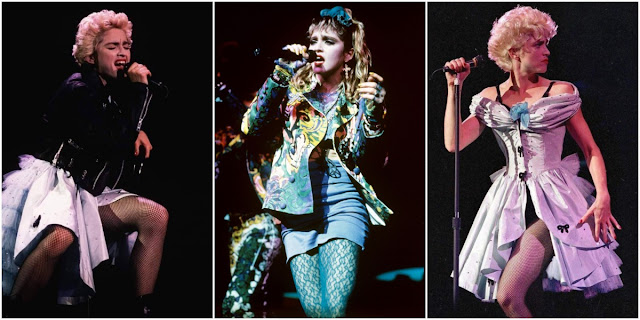 Her 1985 debut concert tour, The Virgin Tour, was held in North America only and went on to collect more than US $5 million. In 1987 she performed on the worldwide Who’s That Girl World Tour, which visited Europe, North America and Japan, and earned $25 million. One of the tour’s shows in Paris in front of 130,000 fans was the largest paying concert audience by a female artist at the time and remains the largest crowd of any concert in French history.
In 1990, she embarked on the Blond Ambition World Tour, which was dubbed as the “Greatest Concert of the 1990s” by Rolling Stone. BBC credited the tour with “invent[ing] the modern, multi-media pop spectacle.”
In 1993, Madonna visited Israel and Turkey for the first time, followed by Latin America and Australia, with The Girlie Show World Tour. A review in Time by Sam Buckley said: “Madonna, once the Harlow harlot and now a perky harlequin, is the greatest show-off on earth.” 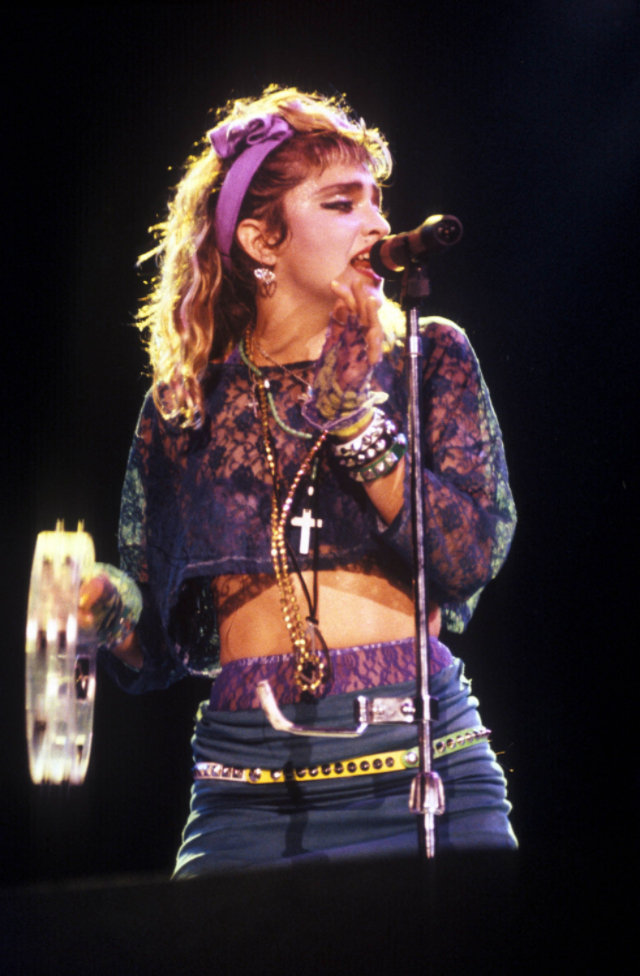 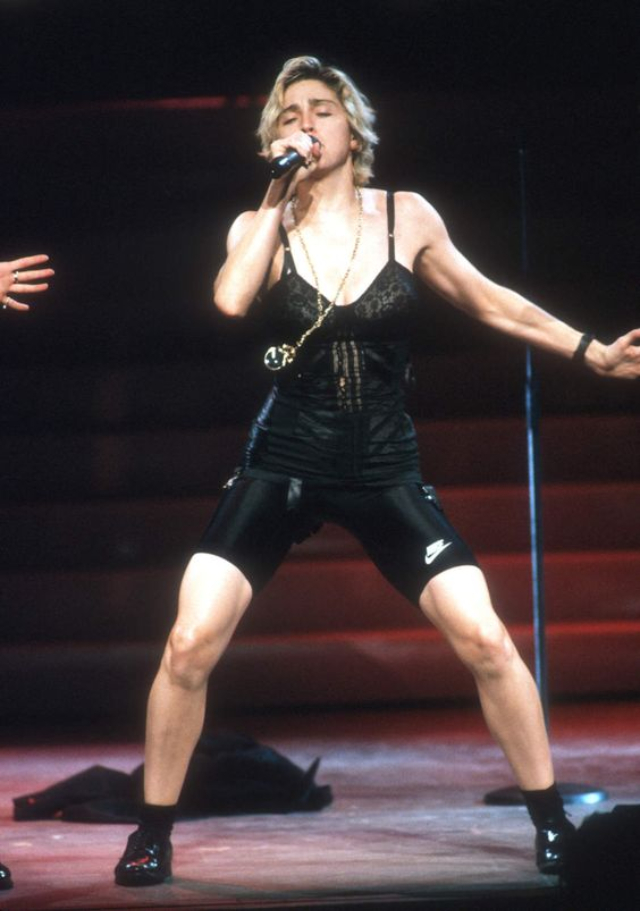 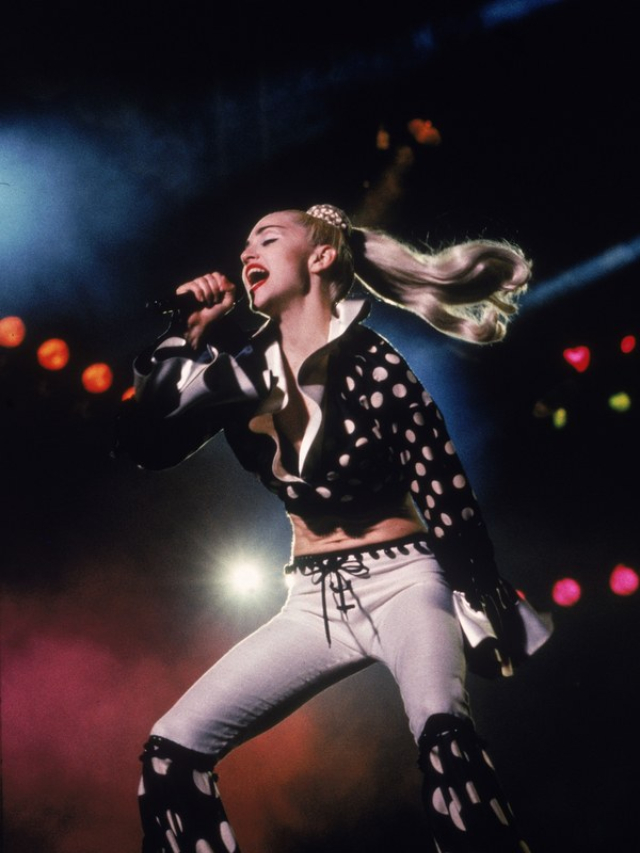 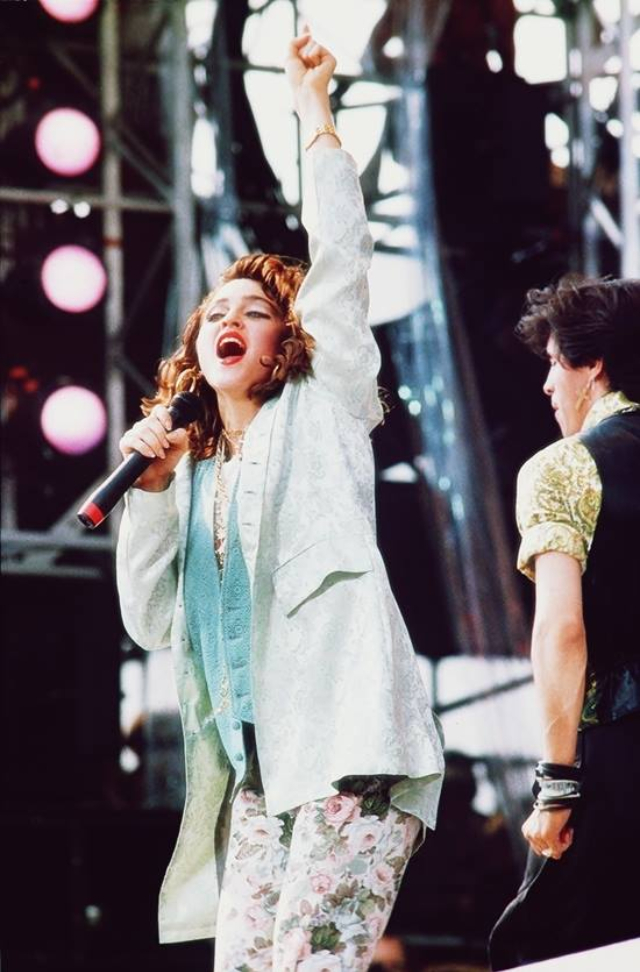 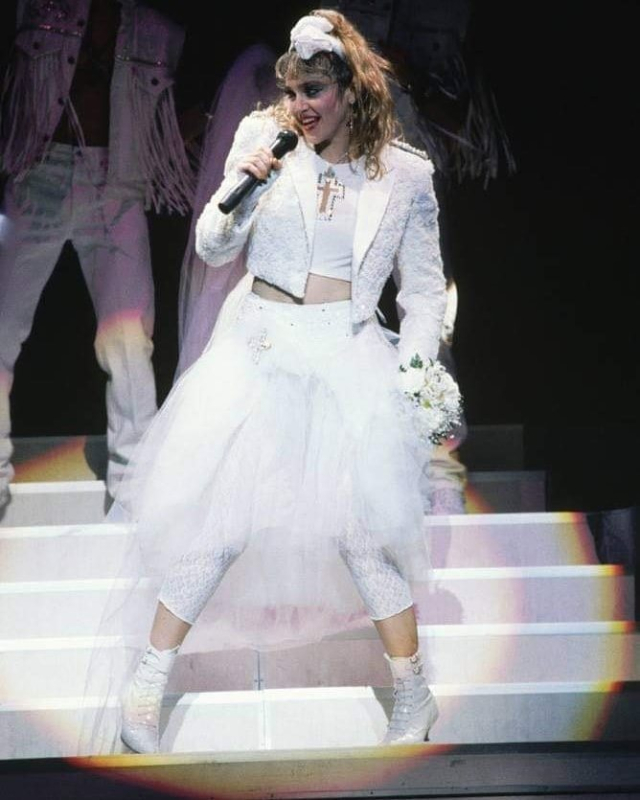