A very talented man called Tom Tjaarda became one of GHIA’s main stylists, and he made a big impression with the 1959 Selene, a sort of super-sleek forward-control “people carrier”. Its follow-up, the Selene II of 1962, had a central driving seat and two rear seats facing backwards.

The 1959 Ghia Selene came out of the famed Italian design house, but the vehicle’s unique characteristics may have been too much even for cutting edge designs of the era. Look closely at the images and you’ll quickly realize that what you think is the front of the car is actually the back, and vice-versa. What appears to be a split radiator grille framed by headlights is actually the back bumper and rear taillights. The front end of the car not only has no telltale grille, it also overhangs the front wheels and the driving position is well in front of the wheels, which must have made for some disorienting first drives.

Built only as a concept car, the vehicle was never fitted with an engine; but it looks like there was room for one under the rear trunk lid. Apparently, the designers rounded off the front end so severely to reduce drag and increase efficiency, but to us the whole thing just looks a awkward, both to drive and to see in an oncoming lane. 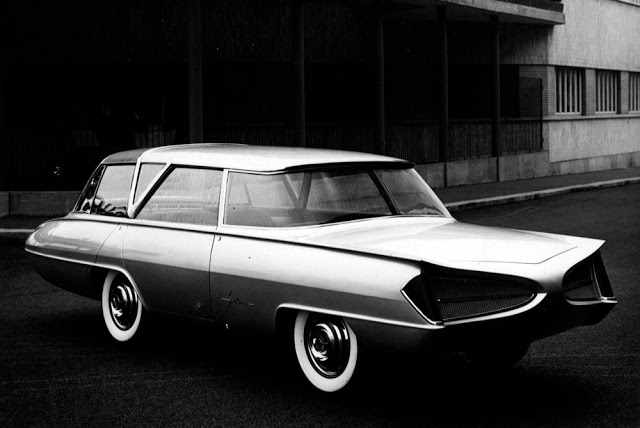 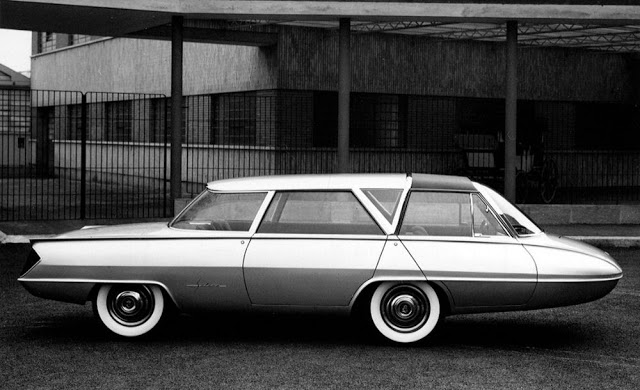 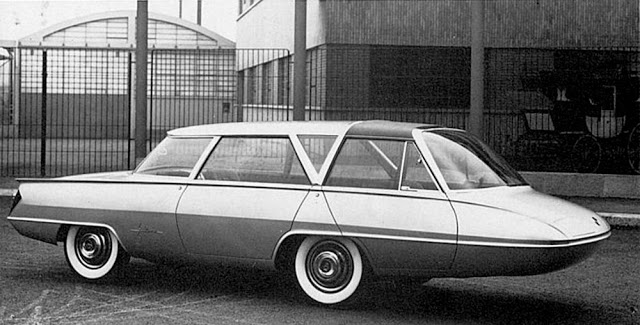 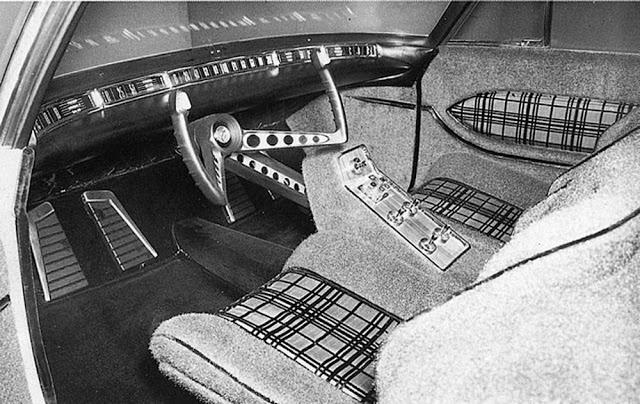 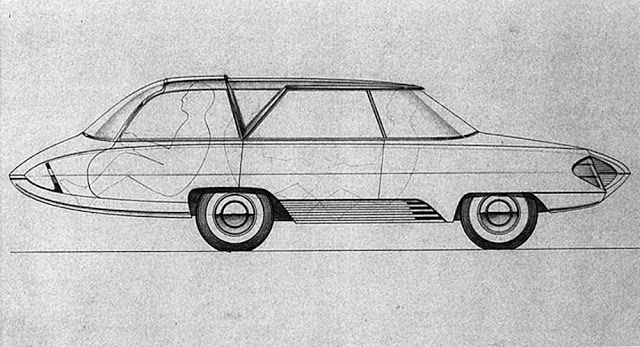