In 20th century automobile print advertising, automakers often depicted their new models in settings that attracted the attention of potential customers and instilled a positive sentiment. Consequently, scenes from the beach, the mountains, the open road, a night out on the town, or even the driveway with the family simply admiring or washing their new pride-and-joy were a few of the popular concepts developed by the auto companies and their advertising agencies.

Many of the ads chosen for this article, however, show none of those inspiring notions. Rather, they generally took a more dramatic approach to elicit interest, with certain elements sometimes nearly overshadowing the vehicle they were attempting to sell. These types of ads were usually only a portion of a larger coordinated campaign, however, that also included a host of more conventional layouts. Nevertheless, they are intriguing.
Take a look the enclosed examples and see how many of them would have piqued your interest and motivated you to learn more about the car that was advertised.
1. 1961 Pontiac Catalina 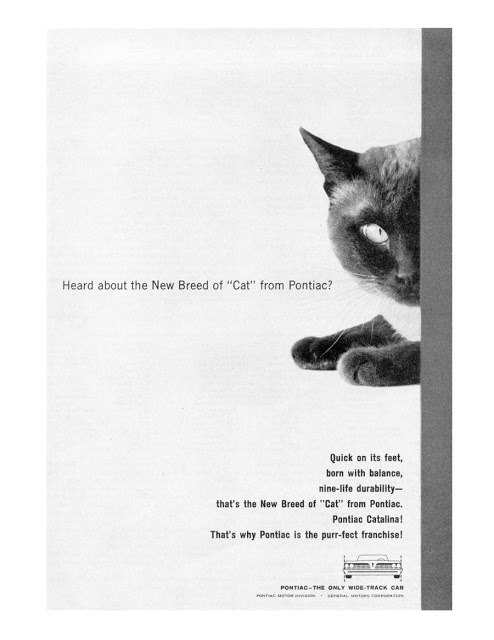 It’s a daring move to make the cropped photo of the cat that big and the line drawing of the 1961 Pontiac that small in this ad. Though I’d read that the Catalina was named for Santa Catalina Island (typically just called Catalina) off the California coast, and not for a feline, the comparisons are clever. 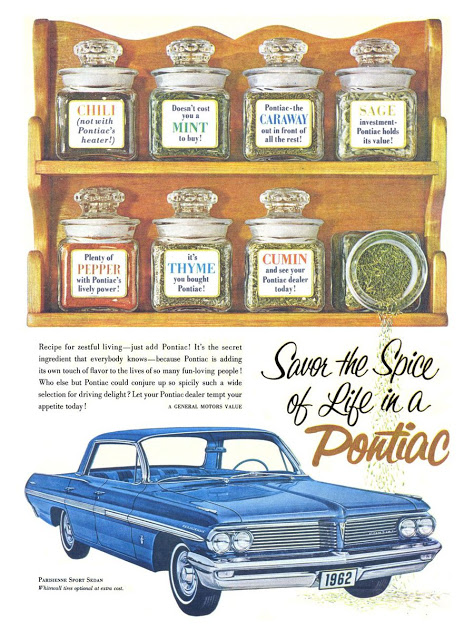 This pun-filled 1962 Pontiac Parisienne “recipe for zestful living” ad goes to 11—Pontiacs that is. Making the spice rack and jars so large relative to the car was a bold step, but no reader will forget the brand, as “Pontiac” is repeated on six of the eight bottles, and five more times below them. 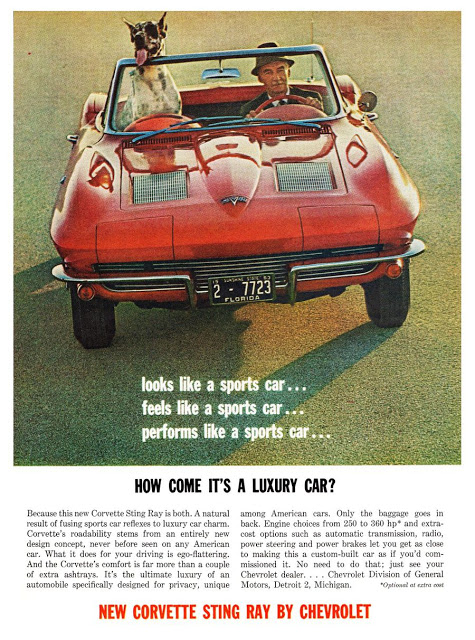 Chevrolet did it again in 1963 with a giant dog riding shotgun in a Sting Ray. Is this supposed to be a “Made you look!” ad where the implausible attracts your eye? It made us look twice. 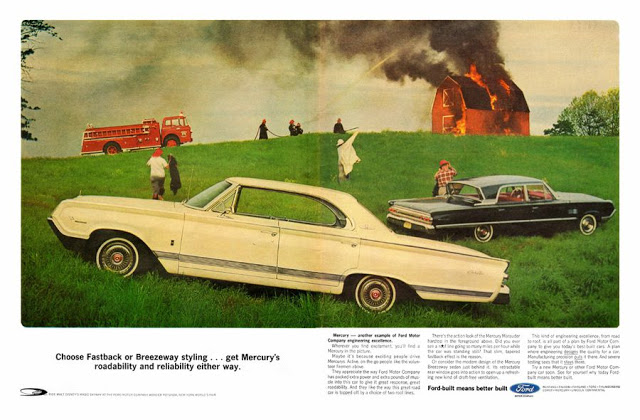 While many ads of the era portrayed picturesque barns in rolling pastures or as part of colorful autumn backgrounds etc., Mercury took a decidedly different direction with this 1964 ad that presents a barn on fire! Attention –grabbing? Yes. Disturbing? Also yes. Though its purpose was to highlight the adventurous-types that would be drawn to a Mercury, like volunteer firemen, still, very few car ads have shown tragedies, described here as “excitement,” in their backgrounds. 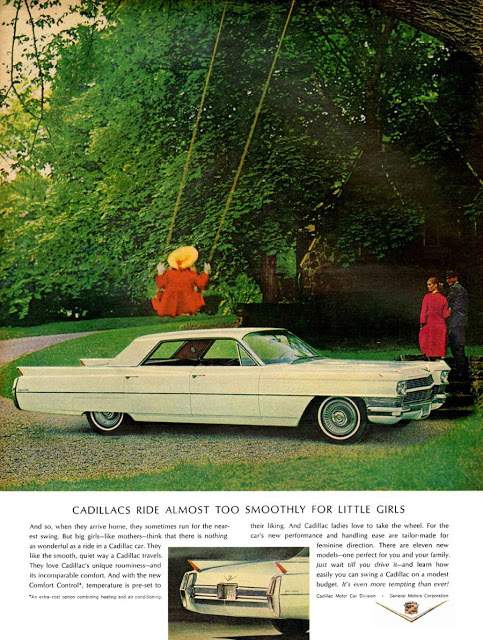 The little girl on the swing looks like she is about to clear the roof of her parents’ 1964 Cadillac with plenty of room to spare. However, if my kid was reaching that height on a swing, I think the expression on my face would show quite a bit more concern than theirs does. (Maybe her image was superimposed onto the Cadillac photo?)