You’ll cringe when you read some of these. 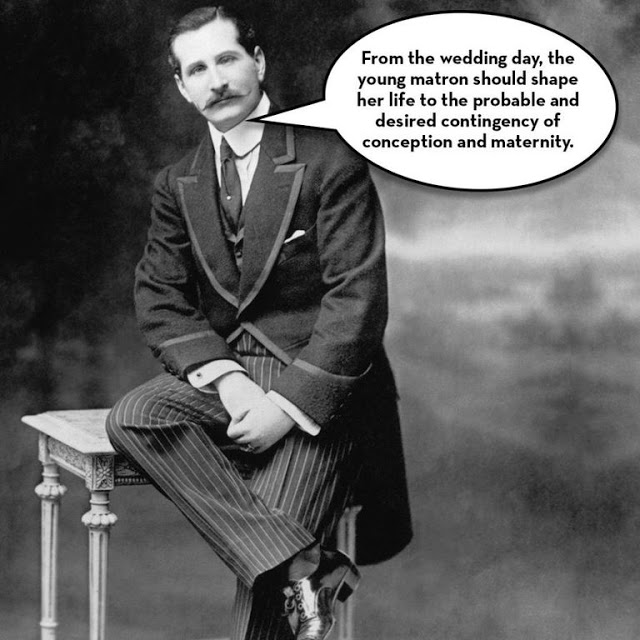 “From the wedding day, the young matron should shape her life to the probable and desired contingency of conception and maternity,” wrote Emma Frances Angell Drake in her 1902 marriage manual What a Young Wife Ought to Know. “Otherwise she has no right or title to wifehood.”

She also advised young wives to “keep pace with their husband’s mental growth” which sounds great… for a minute. She went on: “In this day of literary clubs and reading circles, the ambition to excel and keep pace with other women in mental culture, will prove a snare if not guarded against.” Do you hear that ladies? No more book club! 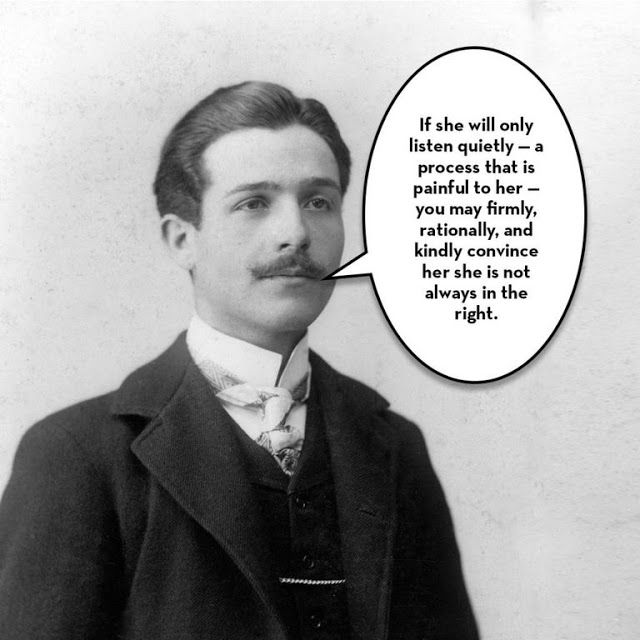 “A modern woman who is of the contentious type is often amenable to love and reason. If she will only listen quietly — a process that is painful to her — you may firmly, rationally, and kindly convince her she is not always in the right. […] A woman who will not listen to such a manifesto must be dismissed from your life,” wrote Walter Gallichan in 1910 in his interestingly named Modern Woman and How to Tame Her.

“Probably you will not be able to cut the knot, for even the most contentious, fractious, and intractable of women possess subtle and talismanic attractions for certain men. Nothing is left then but to suffer and be strong,” he continued. It’s unclear who should be more offended — the men who must “suffer and be strong” or the “fractious and intractable” women — by this terrible advice on how to settle a marital disagreement.

1920S: DON’T DRINK TEA AND COFFEE BECAUSE IT WILL MAKE YOU FRIGID 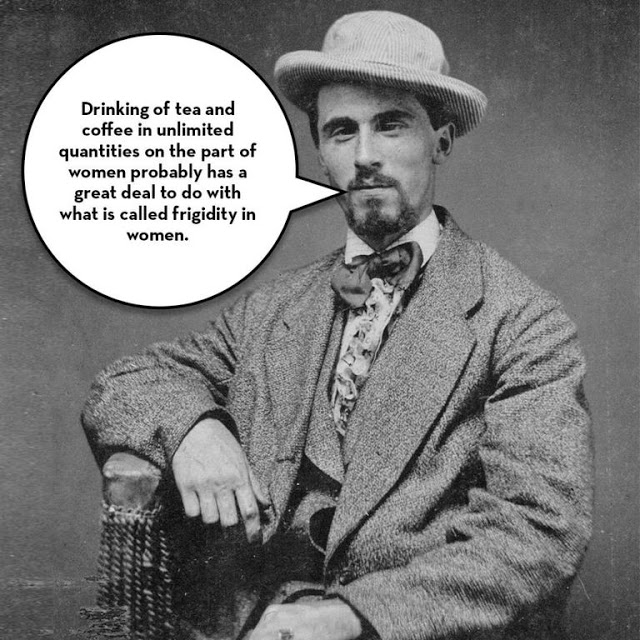 “Tea and coffee are not ordinarily considered poisons yet their effect is unquestionably poisonous. […] Drinking of tea and coffee in unlimited quantities on the part of women probably has a great deal to do with what is called frigidity in women due to the health-destroying effects on the reproductive system,” wrote Bernarr Macfadden, in his popular tome Womanhood and Marriage. He then suggested that unless a husband wants a “frigid and flatulent wife in the marital bed” that he should forbid his wife from drinking those substances.

What McFadden might not have realized is that this is an inadvertently genius trick for not sleeping with your husband.” Just tell him you can’t tonight, Martha, because you’ve had too much tea. Then fart. Works every time!” 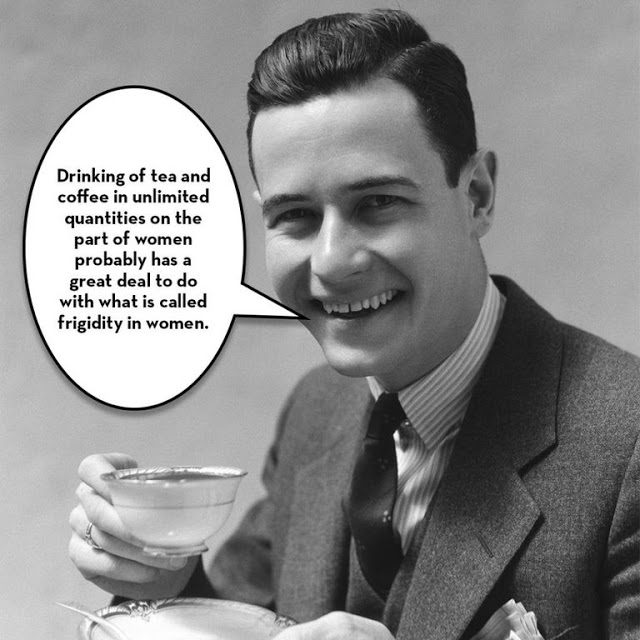 George W. Crane, Ph.D., developed a set of “marital rating charts” in the 1930s, complete with a points system that allowed you to grade your husband or wife with a neat numerical score. Women could lose points for not liking children, wearing red nail polish, going to bed with curlers in her hair, or wearing face cream (the horror!) and going to sleep after her husband.

Men could lose points for staring at other women (but only while out with his wife!), bringing surprise guests home for dinner, comparing his wife to his mother, and leaving his shoes in the living room. The stringent rules for women are definitely anti-feminist, but not all of the advice for men is totally terrible (what woman wants to be compared to her husband’s mother?). Still, rating your spouse like a pig at a 4-H fair is just unsettling. 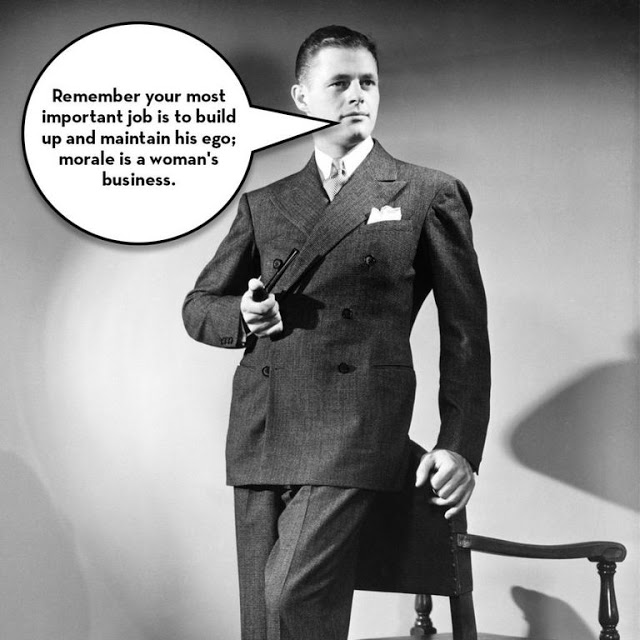 “Be a good listener, let your husband tell you all his troubles and yours will seem trivial in comparison,” wrote Edward Podolsky in 1943 in Sex Today in Wedded Life. “Don’t bother him with petty troubles and complaints when he comes home from work. Let him relax before dinner. Discuss family problems after the inner man has been satisfied.”

And just in case you didn’t get the message that your problems are dumb and no one wants to hear them, he added this reminder: “Remember your most important job is to build up and maintain his ego; morale is a woman’s business.”