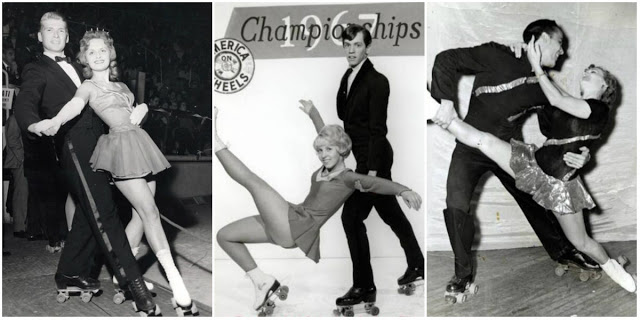 In 1937, a Detroit-based group comprised of seventeen roller rink owners formed the RSROA (the Roller Skating Rink Operators Association). The creation of the RSROA didn’t go over that well with the Amateur Athletic Union (or AAU, a national amateur sports organization formed in 1888 who worked with amateur athletes all around the country, helping many on their way to the Olympic Games) as the membership of RSROA included the rink owners themselves and professional skaters. So, in 1939, the United States Amateur Roller Skating Association (USARSA) came to be and became a part of the the good-old AAU.

There were so many competitive categories within the USARSA, ranging from skate-dancing, novice, a curious sub-novice category, and a few for “tiny tots” that could skate. These images provide a fun and fascinating look back in time.