El Helicoide was built in the 1950s, when Venezuela had big dreams – and big money from oil revenues to match. The post-World War Two boom was in full swing and dictator Marcos Pérez Jiménez wanted to project an image of a forward-looking nation. 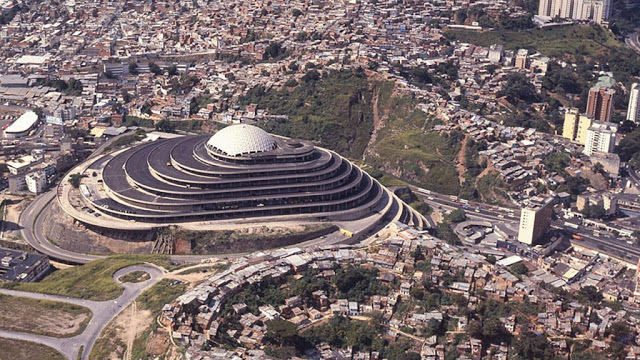 El Helicoide, or the Helix, is one of Venezuela’s most important relics of the modernist movement. It was supposed to be the world’s first drive-through shopping mall with a 2.5 mile long spiraling ramp for cars to ascend, descend, and park directly in front of the shops they wanted to visit. There was space for more than three hundred stores, and would have included a 5 star hotel, a movie theater with seven screens, exhibition halls, a gym, a pool, a bowling alley, a nursery and a lot more.

The project was conceived in the late 1950s by architects Pedro Neuberger, Dirk Bornhorst and Jorge Romero Gutiérrez, for the Venezuelan dictator and President Marcos Perez Jimenez. When the project was exhibited at the Museum of Modern Art in New York, it was hailed by everyone as a triumph of modernist design. Nobel-Prize winning Chilean Poet Pablo Neruda declared it “one of the most exquisite creations to emerge from the mind of an architect”, and Salvador Dalí offered to decorate the inside.

Following the 1958 Venezuelan coup d’état which resulted in the overthrow of dictator Marcos Pérez Jiménez, developers were accused of being funded by Pérez Jiménez’s government. The incoming government refused to allow the mall’s construction and litigation surrounding the project began involving the developers, businesses and the government. Nelson Rockefeller made offers to take over the project, but regulations resulted in the withdrawal of his proposal. By 1961, construction of the building came to a halt after the development firm fell into bankruptcy one year before completion.

In 1965 attempts were made to resume its construction to complete it by 1967, though plans fell through. Over time, only the concrete foundation of the project was present while equipment destined for the cancelled mall was stolen, including custom high-speed Austrian elevators.

In 1975, the Venezuelan government acquired the facility. Between 1979 and 1982, 10,000 squatters occupied the facility until they were evicted. By 1982, only the geodesic dome with its aluminum top on the concrete infrastructure was completed.

From 1984, some state agencies were gradually installed in the building, the most important of which was the Directorate of Intelligence and Prevention Services (DISIP). In 1985, DISIP purchased a 15 year lease for the lower two floors of El Helicoide, where prison cells are presently located. The building was seriously affected by a bombing in the 1992 Venezuelan coup d’état attempts and an anti-aircraft response from it. The dome was later repaired following these events.

Since 2010, part of the building serves as the headquarters of the National Experimental Security University (UNES). As unrest grew surrounding the Nicolás Maduro government, offices, storerooms and even lavatories were converted into makeshift holding areas for the growing number of prisoners.

On 16 May 2018, a prison riot occurred in El Helicoide, with several political prisoners arrested during the protests; Venezuelan authorities fired tear gas and buckshot at individuals in the area. 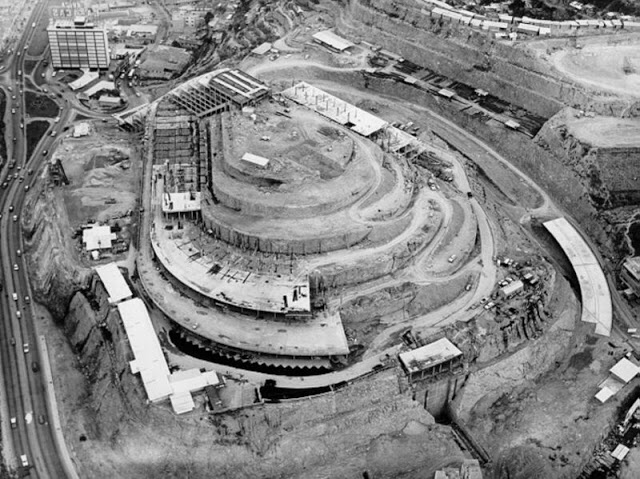 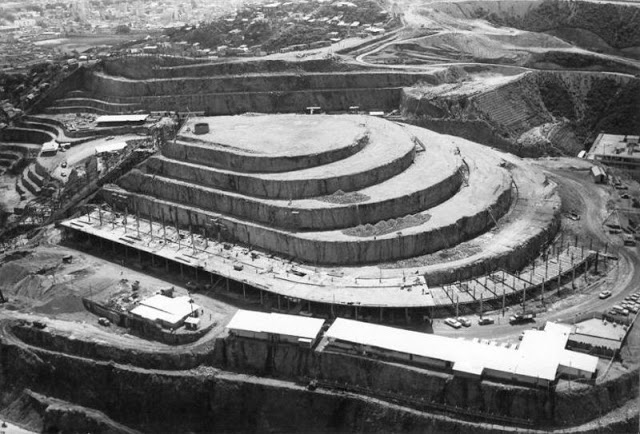 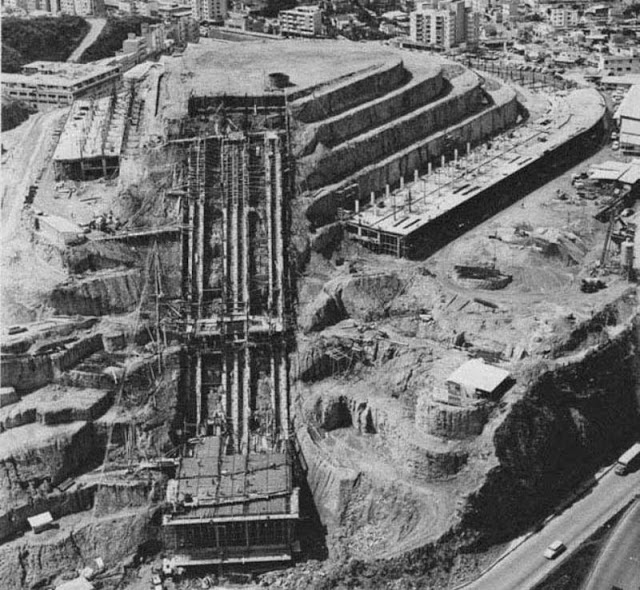 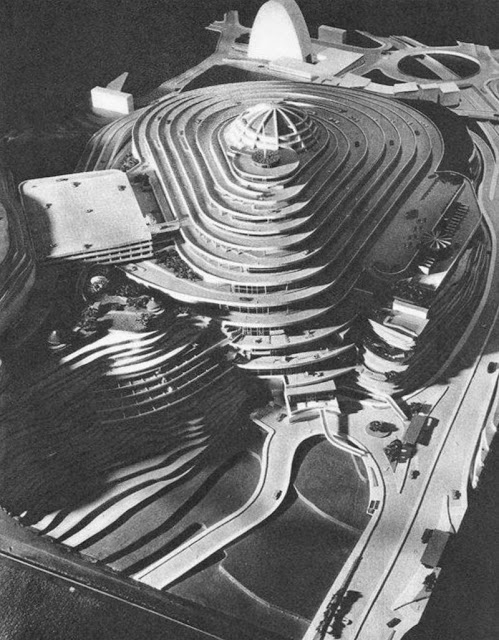 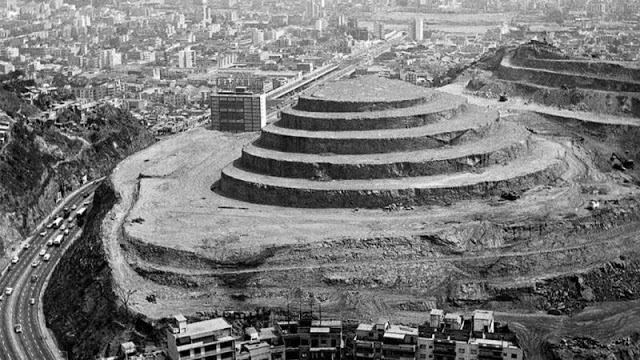