Murray Korman was a flamboyant showman who used newspaper interviews and articles to promote his photography studio in New York City during the 1930s, 1940s, and 1950s. His most famous photographs are undoubtedly those he made to publicize Salvador Dali’s Dream of Venus pavillion at the New York World’s Fair of 1939. Korman took nearly 450,000 photographs/negatives during his career. 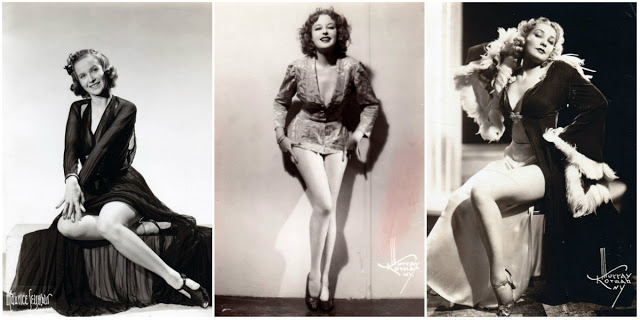 Born on March 16, 1900, in Podolak, Russia, Murray Korman and his parents emigrated to New York City in 1912. Trained in graphic artists at the Cooper Union, he worked as a newspaper illustrator, and a kewpie doll painter in the early 1920s. He made money on the side by doing quick sketches of nightclub habitués at their tables. He submitted his petition for naturalization in May of 1928. At the time he was sketch artist for the Spanish language newspaper, La Prensa, and produced a short-lived daily comic strip, “Poor Paddy” that appeared in some New England papers. In late 1929, he opened a photographic studio on the fifth floor of The Mayfair Theatre Building on 47th Street and Seventh Avenue New York City for his theatrical work.

In 1940 he opened a second studio at 324 Madison Avenue for his cafe society trade. He employed twelve persons, including his brother, and became the first artist proprietor to sign a wage agreement with the Photo Employees Union in 1943. The 47th Street studio was chaotic, the Madison Avenue venue, sedate.

He quickly made a reputation as a capable New York practitioner of Hollywood style high key high gloss glamour. He distinguished himself from the other major theatrical portraitists of the Depression era by not attempting to manipulate the images graphically. Herbert Mitchell, M.I. Boris, Irving Chidnoff, and Alfred Cheney Johnston all inserted artistic effects in backgrounds. Since Korman’s artistry lay in posing and lighting, he limited himself to retouching blemishes. He favored hot small spots angling from the side. He turned to leg art and nudes because people looked at them and because he found women vain enough to desire that kind of picture. These shots made him the best known photographer of show girls in the Times Square Area.

In 1947, Korman wrote a five-part teaching pamphlet titled The Art of Glamour Photography, describing his methods. He advertised to open a branch of his studio in Boston in 1948, but the business did not come to pass. In the 1950s he formed a partnership with photographer Gil Ross and the joint studio operated at 32 West 58th Street in Manhattan.

Korman photographed and married actress Pat Farrell. They divorced in 1952. He died penniless on August 9, 1961.