Born in 1749, New Englander Conrad Heyer was a veteran of the American Revolution. He was there in Trenton during the terrible winter of 1776 and crossed the Delaware River with General George Washington and his rag-tag Continental Army. In fact, the Maine Historical Society believes him to be the earliest born human ever photographed. 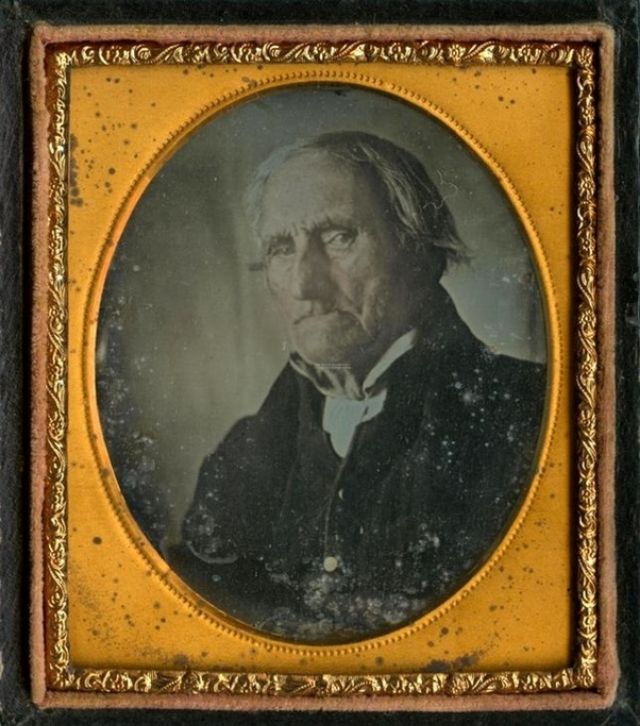 According to Imaging Resource, this photograph of Heyer is thought to have been taken in 1852. As such, it’s hardly the first American portrait photograph, but given the date of his birth he could well be the oldest human photographed. He’s also the only U.S. veteran to be photographed who crossed the Delaware River alongside George Washington in December 1776.

The photograph was taken using the daguerreotype technique. The invention of daguerreotype photography in the mid-1800s created, for the first time, a relatively easy way for observers to document the world as they saw it. The world portrayed in daguerreotype portraits and landscapes from the 1840s and on might seem dusty and old, but at the time, photography was a radical, modern innovation. The first photographers used it, too, to capture glimpses of the even more distant past, linking people and events that seem very old and very distant with the more modern realm.

And this is a magnificent portrait, both in its content and its composition. Heyer’s body faces to the left while the light coming from behind his right shoulder adds drama. His head, turned towards the camera, adds a sense of confrontation. And take a close look at that face. At 103, Heyer looks into the camera, steady, stern and still defiant.