In 1930 Salvador Dalí was looking for a house of his own, he established himself in Portlligat, in the fisherman’s hut that Lídia Noguer had sold him. The house is in fact a cabin with its roof in poor condition, where Lídia’s sons kept their fishing gear. In order to purchase the Portlligat house Dalí used the 20,000 French francs that the Viscount of Noailles, as patron, decided to give Dalí as an advance on a painting that was to end up as The Old Age of William Tell.

Dalí tells us about the difficulties of getting to Portlligat from Paris in his autobiography La Vida Secreta de Salvador Dalí, in which he also speaks about the plan for the house: “Our little house was to consist of a room of about four square metres that was to serve as a dining room, bedroom, studio and an entrance hall. You go up some steps and as you land, three doors open out, taking you to a shower, a toilet and a kitchen of very tight dimensions that you can hardly squeeze in. I wanted it all good and small ̶̶ the smaller the more womblike.”

Referring to his usual residence, Salvador Dalí said: “Portlligat is the place of production, the ideal place for my work. Everything fits to make it so: time goes more slowly and each hour has its proper dimension. There is a geological peacefulness: it is a unique planetary case.”

Over the next four decades, he purchased neighboring cabins, gradually expanding the property into a twisting, labyrinthine villa, packed with artwork and ephemera reflecting his unique obsessions and fixations.

In 1955, photographer Charles Hewitt visited Dalí and his wife/muse/business manager Gala at their home to shoot photos for a Picture Post story entitled “A Day With Salvador Dalí.”

The artist, never one to shy away from a little showmanship, gamely modeled for the camera. 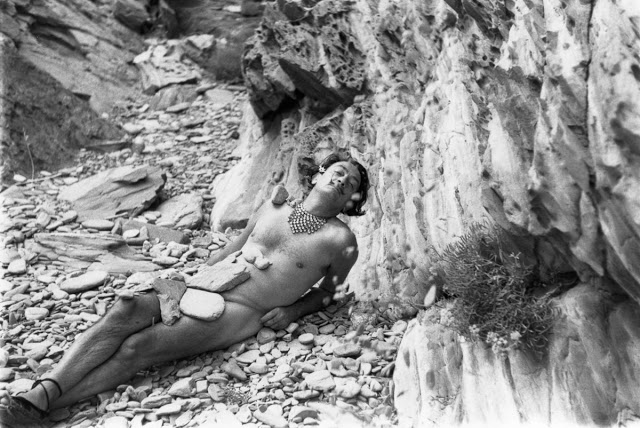 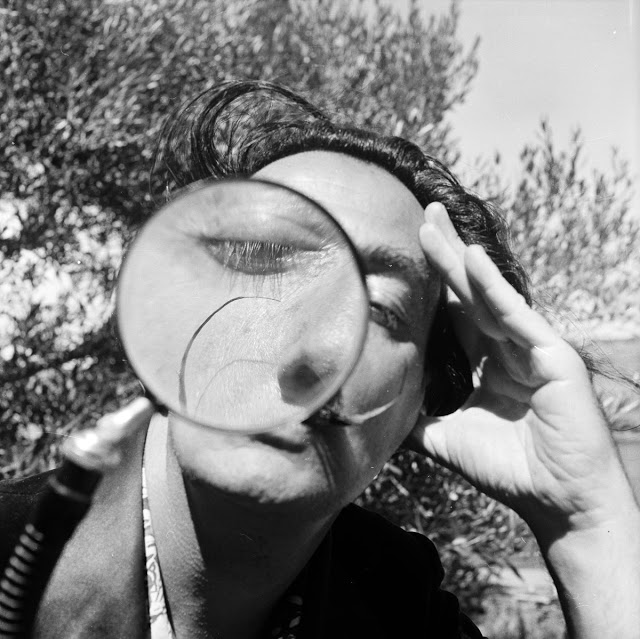 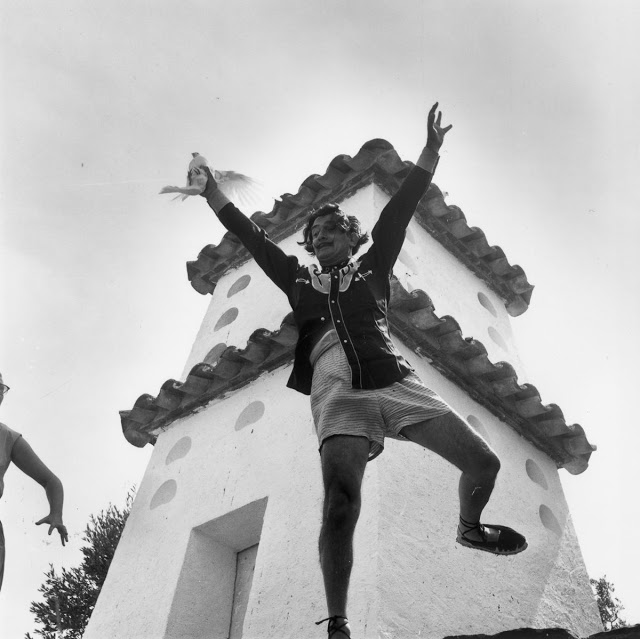 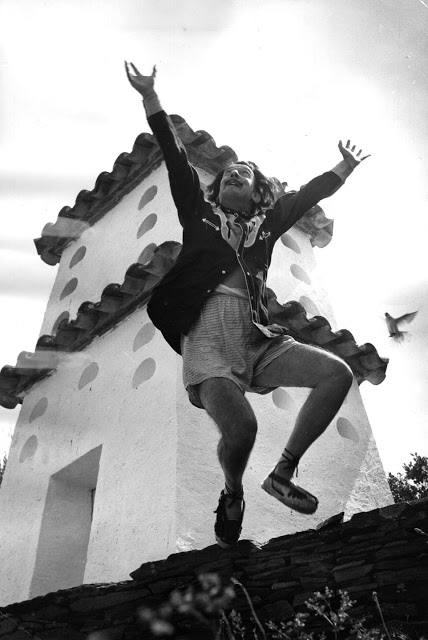 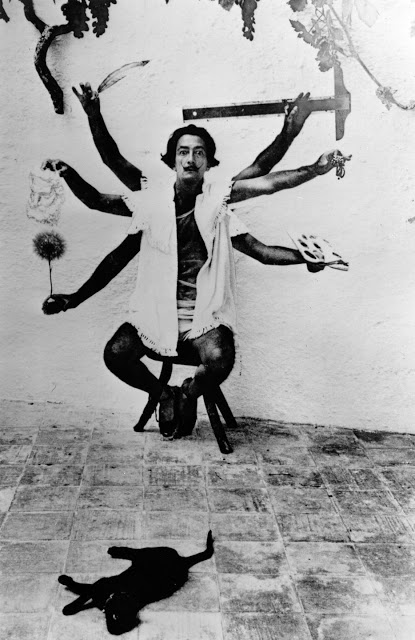